Honor is the latest company to join the wireless earbuds party that become popular with the advent of Apple’s AirPods. The Huawei sub-brand will launch their own response in the form of Honor FlyPods, on October 31 along with the Honor Magic 2 and the Honor Watch. 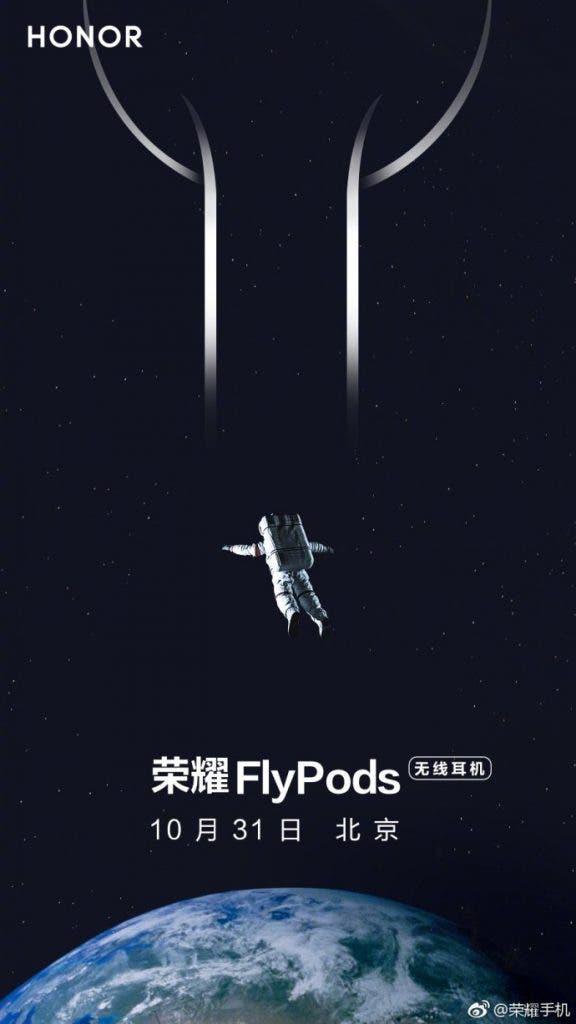 The poster was revealed by the company on Weibo and shows a partial outline of earbuds. Judging by the pictures they’ll have a stem that is very similar to Apple’s implementation with AirPods. The company should receive the same features from the competition, such as touch controls, noise isolation, and a rechargeable case.

Previous leaks pointed that Huawei was planning to release the second generation of its FreeBuds. We expected to see them on Mate 20 series release, however, it didn’t happen. Perhaps the company will hold the FreeBuds 3 until the next year, to launch along with the Huawei P30 series.

For now, the focus will be on Honor FlyPods and the specific features it will bring along with the Honor Magic 2. Both will be released on October 31, proving that that last day of this month still has a lot to offer for us, so stay tuned.

Next ASUS ROG Phone launched in the phillipines