We knew foldable phones were around the corner and we knew Samsung was going to release a handset with this tech very soon. Well, apparently a Chinese company decided to bring this type of device, we call it “device”, because we really don’t know what it’s supposed to be, a tablet or a phone?

Since the company calls it a phone, let’s go with that for the sake of the article. So, the handset produced by Royole Technology is actually called FlexPai and it packs a 7.8-inch when extended, while it shrinks to around half that in “pocket mode”.

The phone is remarkably thin though at 7.6mm while bringing a 16MP + 20MP dual camera setup with a telephoto lens in the mix. The smartphone also charges quite quickly going to 80% after just 60 minutes of charging. 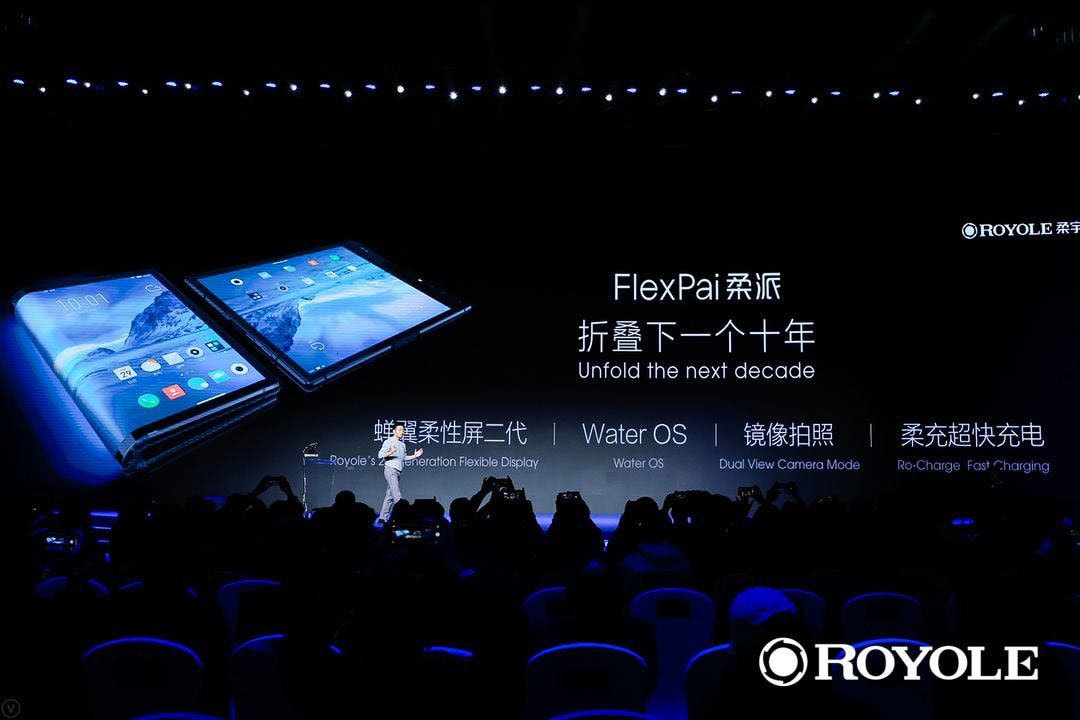 While the Royole FlexPai is expected to go on sale very soon, leaks suggest it’ll pack Qualcomm’s upcoming Snapdragon 8150, which would definitely be a great start for a new phone. We somehow doubt this is even possible as the company isn’t that notorious and the phone probably won’t be too successful, so why would they pay more for a newer chip?

This is the "world's first foldable screen phone" released by Rouyu Technology, which will use the Snapdragon 8150 processor, but its design is very rough, just to seize the "first", this is a futures product. pic.twitter.com/M0v9o2z0Bw

Other than unknown, this brand and thus its phone is also quite odd. We really aren’t sure who would go for a device like this as the display doesn’t appear too sharp, with the outer plastic looking warped after too many “folds”. All of that while still having a thick phone in the folded state.

What do you guys think? Does this “phone” make any sense to you? Let us know down below.

Next Honor watch magic with up to 7 days battery life announced, starts at $128