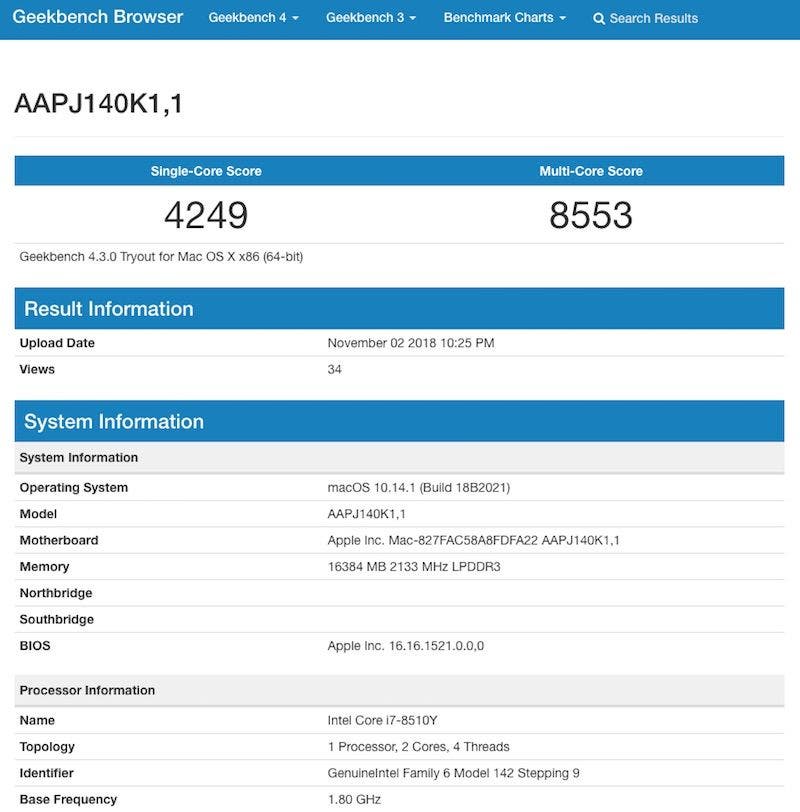 Not only that, the benchmark results list 16GB 2133 MHz LPDDR3 RAM, which is an upgrade option for the new MacBook Air. The Core i7-8510Y seems to be the Intel low-power Amber Lake series, as is the new MacBook Air Core i5, although it is not listed in the Intel ARK database. The results of the running score show that the MacBook Air with Core i7 chip has a multicore score of 8553 points, which is about 8.5% faster than the existing i5 version. John Poole, the founder of Geekbench, said that in his opinion, the results are not fake, although they are not 100% confirmed. If it is true, this means that the 2018 MacBook Air also has an i7 version.

We can reasonably assume that Apple has designed several different versions of its products, but not all versions have been successful. As for why Apple did not release the i7 version of the MacBook Air, the reason may be that Apple can not solve the heat problem, or some other unknown factors.

Next Geekmaxi 48-hour 11.11 Shopping Festival Sale is up