Google Pixel phones have an impressive camera, thanks to the Google camera app and its algorithms. Many who are aware of the drastic improvements Google’s Camera app brings to smartphones have tried to use it. In fact, for some, it’s as simple as easy as installing an APK. On the other hand, Xiaomi had lately introduced its new MIUI 10 (a heavily forked version of Android) on its major devices. Some remaining devices are still working on the beta version.

Previously, in order to run the Google camera app, a Xiaomi device would need to be compatible to HAL3 or Camera2API. So if Xiaomi users wanted to run the app they needed to root their devices and of course, not all would appreciate to choose that path. 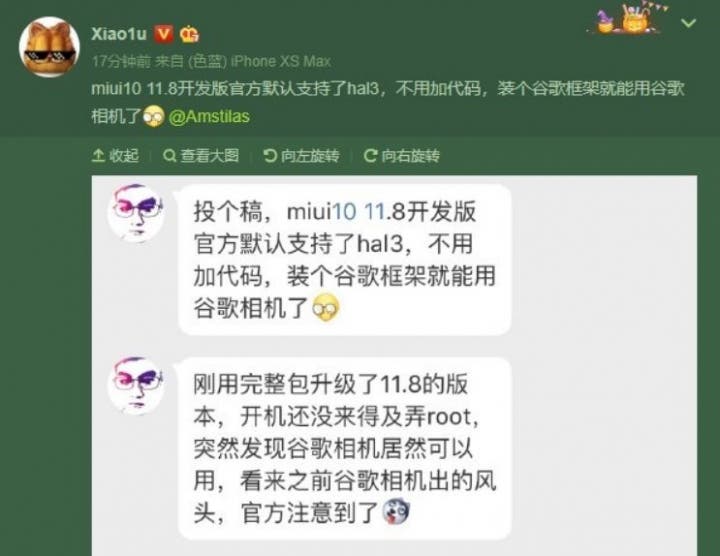 However, in the latest MIUI 10 Beta version 8.11.8 which is recently launched in China, HAL3 is enabled by default. This means that one can run the Google camera app on their devices by simply downloading the APK and installing it. However, not all features will be working on the app. The good relief is that root option will no longer be needed to take benefit of G-cam app. That’s for the Chinese MIUI ROM currently.

So for Xiaomi users, if you have installed the latest version of China ROM than you just simply need to install the Google Camera app and run it to improve your photography game instantly. Unfortunately, there is no information regarding global ROM and stable ROM but we will definitely keep you updated about the release.

Previous Full specs for the upcoming OUKITEL U23 have been revealed