This year is the 10th Tmall Double 11 Shopping Festival. According to data released by Alibaba, this year’s Tmall Double 11 total turnover (GMV) reached 213.5 billion yuan ($30.65 billion), far exceeding last year’s 168.2 billion yuan ($24.14 billion), creating a new legend in China and even global business. Data from Alipay shows that fingerprint and face payments have become the mainstream of ‘Double 11’ for the first time. 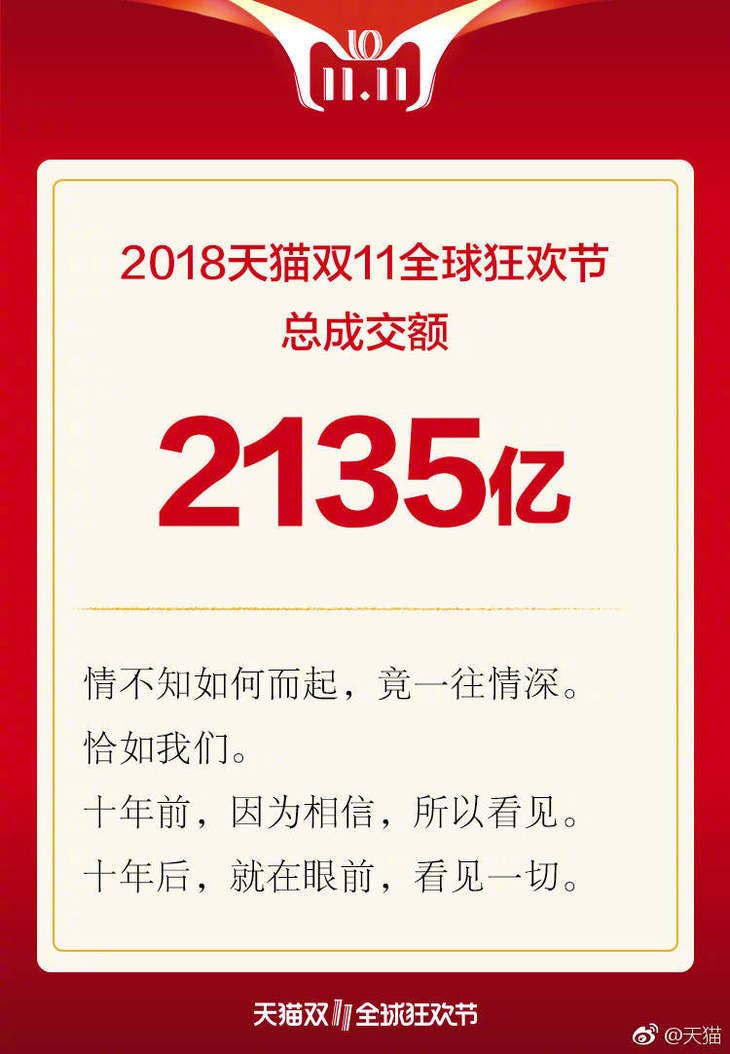 The proportion of payments made through biological information is as high as 60.3%, which simply means 6 out of 10 pay through one of these methods. This marks that biometrics has gradually replaced password payments and has now become a major payment trend. Fingerprint and face payments are more convenient than password payment and greatly shorten the payment time. Compared with 2017, the number of elderly people who use fingerprint or face payments has increased by 20%. The data shows that more than 95% of users are currently satisfied with biometric payment methods, far exceeding password payment. 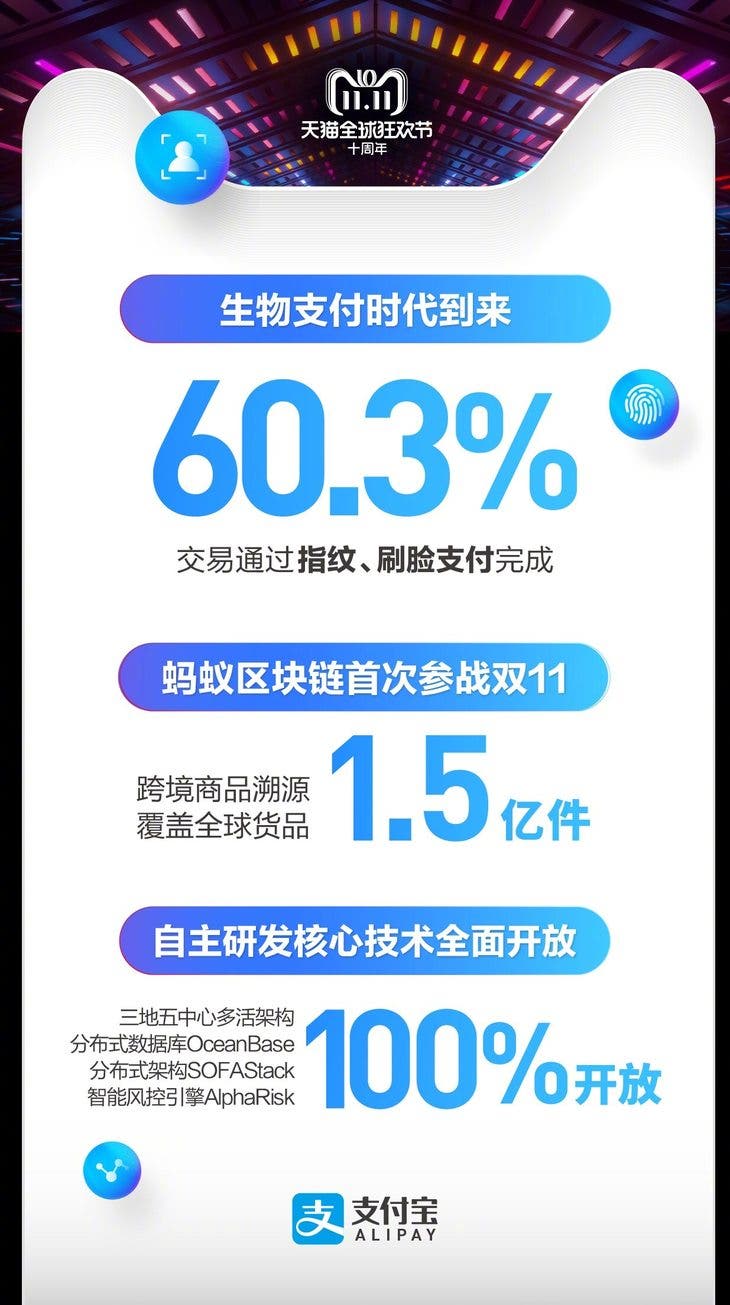 In order to allow users to make smoother purchases in the Double 11, Alipay has been exploring various technologies. In June 2014, it took the lead in cooperating with smartphone manufacturers to explore the feasibility of fingerprint payment and used it in 2015 for the Double 11 Shopping Festival. After the fingerprint payment, Alipay took the lead in research and development of the face payment. In September 2017, Alipay realized the world’s first commercial use of face payment in KFC restaurants.

Also Read: Under-Display Fingerprint Vs Face Id: Which Is Faster?

In addition to bio-payments, the blockchain is another new technology that will be used for the first time in this year’s Double 11 implementation. Blockchain technology has characteristics such as data transparency, non-tampering, and full sharing. Its traceability is equivalent to attaching a unique ‘identity card’ to the product, which can be traced permanently to prevent information from being false.

Previous Black Shark Helo is Not Going to Be Available in Europe?