This afternoon Nubia mobile phone official announced that the Nubia Red Magic gaming phone came top in its category on the prestigious 11.11 The announcement shows that the data comes from Jingdong mall and the situation may be different for other major stores. 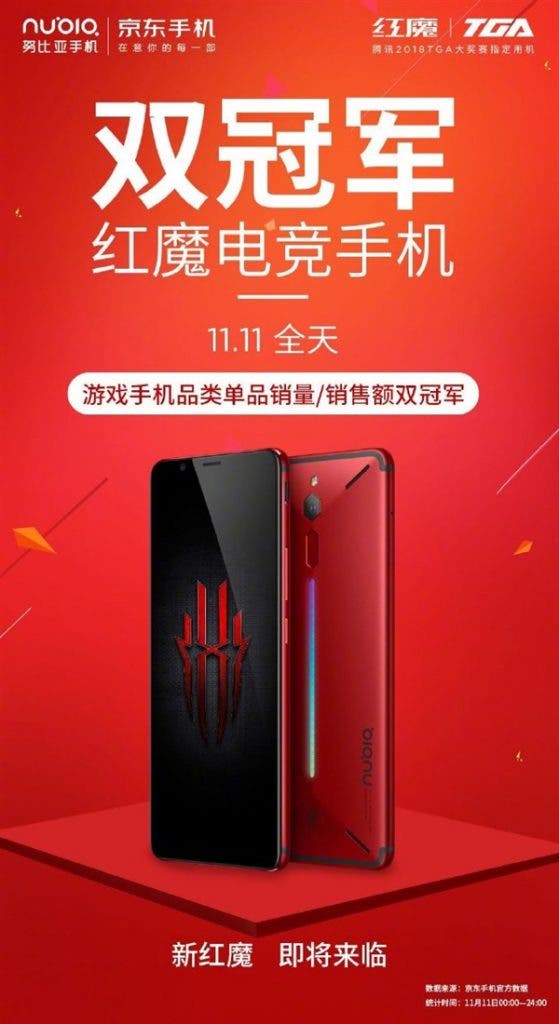 The Nubia Red Magic is a gaming phone that comes with a 6-inch 18:9 full-screen display. It is powered by a Qualcomm Snapdragon 835 processor equipped with 6GB/8GB of LPDDR4X  RAM and 64GB/128GB of UFS 2.1 flash memory. It has a 3800 mAh battery capacity. It is also equipped with exclusive game buttons, which can be used to enter the competitive mode for full firepower. It is worth mentioning that the Nubian Red Magic game phone has four cooling technologies, and it is designed with 16.8 million color RGB lights, which can be flashed according to different game rhythms during the game.

At the end of last month, a Nubia official announced that the new Red Magic gaming phone will be equipped with 10GB of RAM, and will be the first 10GB RAM flagship of the Nubia Red Magic series. In addition, it will come with a Qualcomm Snapdragon 845 processor, which adopts air-cooled + liquid-cooled dual cooling system and is equipped with double-sided esports controller. 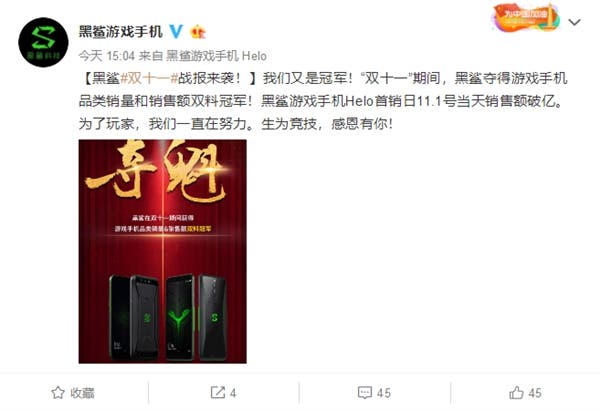 It should be noted another gamimg phone Black Shark  also announced that the phone won the gamimg phone category sales on 11.11. However, the Black Shark counts iits sales of the last 11 days while the Nubia Red Magic takes cognizance of only a single day. However, Black Shark did not disclose where its data emanated from.

Previous 11.11 sales are not done yet, check the Geekbuying coupons