South Korean manufacturing giant, Samsung, has been doing quite well in the market. However, for it to retain its position, it needs to deeply penetrate markets like India. Now, the company has announced that it will release the Samsung Galaxy A9 (2018) to India on November 20. The exact date for the sale or pre-orders was not announced but it will probably start on the same day as Flipkart already has a landing page. 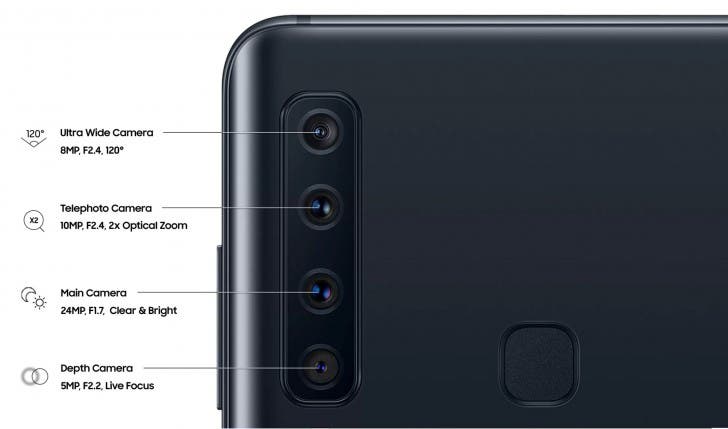 The Samsung Galaxy S9 prides as the worlds first quad-camera phone and speculations have it that this device will come with an INR 35,000 price tag. Although, earlier reports have it that it will be sold for INR 39,000. The pricing is quite encouraging given that this device comes with 128GB of storage, has a microSD card and a 3.5mm headphone jack.

The Samsung Galaxy A9 (2018) uses a 6.3-inch Super AMOLED capacitive touchscreen with a resolution of 1080 x 2220 pixels. IIt is powered by a Qualcomm Snapdragon 660 chipset coupled with 6GB/8GB of RAM and the internal memory is expandable up to 512GB. It uses a single 24MP selfie camera but on the rear, we have four camera which includes 24MP, 8MP, 10MP, and 5MP shooters. It runs on Android 8.0 Oreo and its lights are kept on by a 4000 mAh battery

Previous Samsung is cooperating with Chinese suppliers for the Galaxy S10