Unlike other manufacturers who bet on increasing the number of rear cameras, Google remains true to its idea of ​​using a single camera and provide improvements through software processing.

Today, the company has announced the availability of Night Sight feature, which is a new feature of the Google camera app that helps capture bright and detailed photos in low light conditions. The Night Sight mode will be coming to the Pixel, Pixel 2 and Pixel 3 next month.

When you capture a photo in low light, the Pixel phone will recommend the use of Night Sight mode. To access it, you only need to give a light touch on the recommendation message or you can access it manually by directly accessing this feature.

After pressing the shutter button, keep it pressed until the Night Sight mode finishes capturing the snapshot – it may take several seconds, so it is not a mode intended for quick photographs.

Night Sight on Google Camera is an amazing feature. It really does work as well as Google demonstrated on the Pixel 3. You can take a photo in a nearly pitch-black environment and the result will blow you away, as shown below. 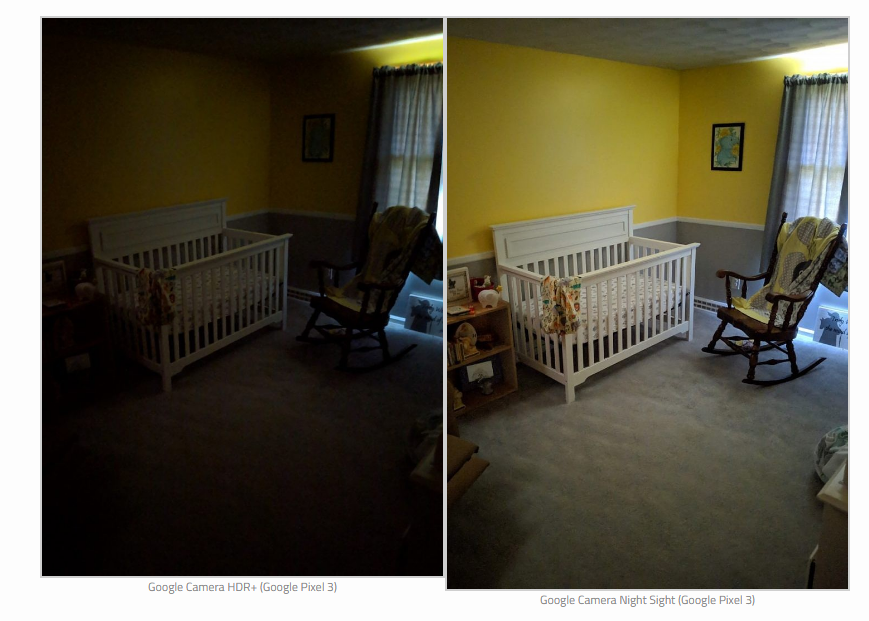 Night Sight feature hasn’t actually officially rolled out yet. Google announced the feature during the Made By Google event but said that it would roll out for the Google Pixel 3 and other Pixel devices sometime next month. However, the latest version of the Google Camera app which rolled out to some users earlier today has a fully functional Night Sight built-in. XDA Developpers has the apk file if you you want to test it, here is the download link.

Next Ulefone Power 5S compared against the Huawei Mate 20 Pro