A month ago in India, Xiaomi had publicly announced the list of recently launched Xiaomi smartphones which can take advantage of the new MIUI 10 Global. Now the news are coming that the Chinese manufacturer will release the MIUI 10 Global Stable ROM for the previous year smartphones which includes the best selling Redmi Note 4 also. , for now, for now the MIUI-10.1.1.0.NCFMIFI update is released just for Redmi Note 4. Other previous year devices will update shortly.

The update is anticipated to be of 350MB in size and additionally comes with previous month’s security patch alongside some significant optimization in multi-tasking, Volume sliders, Notification panel, sound system and full-screen gestures. At the moment the update is believed to be in the air and limited for Redmi Note 4’s Snapdragon variant only which runs on Android Nougat 7.0.

For the Redmi Note 4 users in hurry to update your device, the recovery ROM and instructions are linked below.

The new update brings a fresh full-screen experience which will make your phone look neat and will provide the contents at front display. Moreover, the sound system is coming with an advanced smart filter which will grab the attention only when you seek. Moreover, the new sound system features some beautiful natural sounds captured from the beach, forest, and stove-fire and summer night. The other miscellaneous improvement is of the camera which now supports AI portrait mode for a single camera which will help you to take some clear focused portrait shots. Lastly, there are some few changes done to other apps like Clock and Note and more on. You can download the recovery ROM from here. 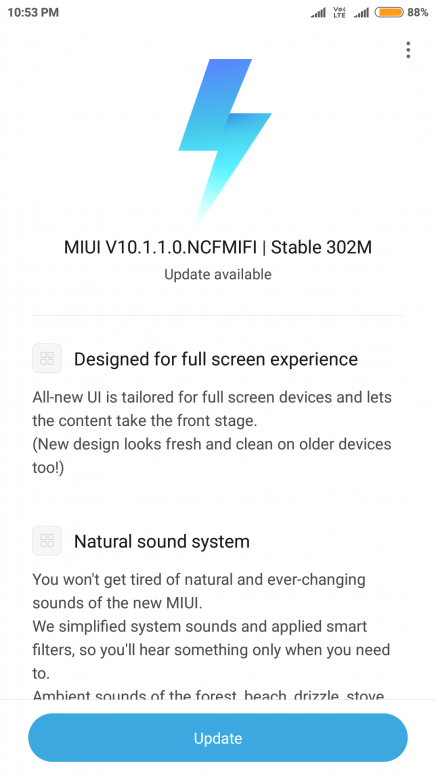 Previous Three models of Samsung Galaxy S10 are in testing