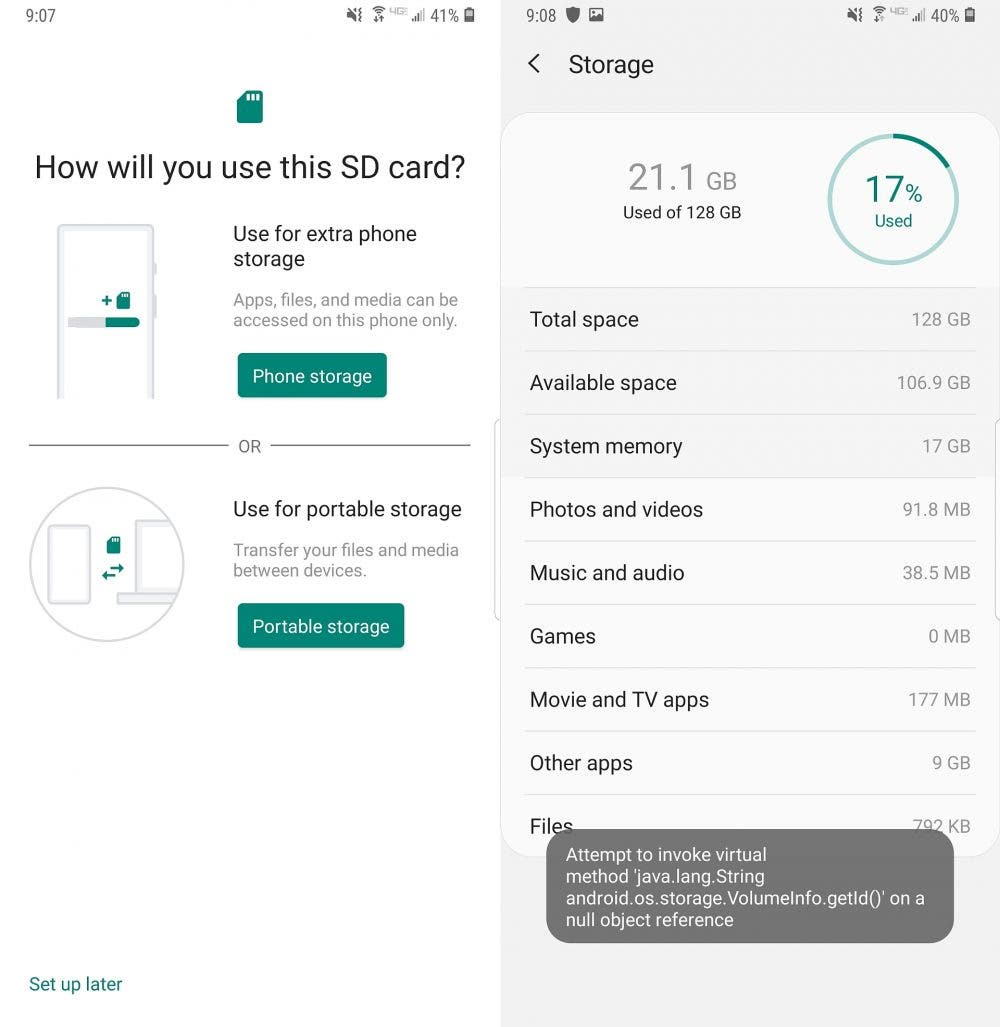 Recent reports from SamMobile suggests that Samsung may give the green signal for adoptable storage and it may introduce it from the next Android 9 Pie update in Galaxy S9 family and the Galaxy Note 9. Moreover, a leaked firmware discovered by a user at XDA developer forum tips that Samsung users with Android Pie will soon be able to make use of it. Furthermore, there are some screenshots circulating which suggests that microSDs can be used as portable storage but after 40% of space usage the card crashes repetitively, however, this can be fixed as the update is not out yet.

This new cool feature will help the users to utilize more storage effectively in the Note 9 and Samsung Galaxy 9 family. Even though there is no official confirmation by the company regarding this feature but at the moment Samsung is preparing to roll out Android 9 Pie Beta update and hence the adoptable storage feature could also be expected to come for affordable and old devices by the start of next year.

Next Sharp made a smartphone with two screen notches