Chinese tablets have always been the cheap alternative, but in terms of the really top shelf hardware specs it’s not really the best choice. That’s why it’s pretty good to see some of the tablet makers stepping up their game, like ALLDOCUBE did with the new ALLDOCUBE X model, which will be the first chinese tablet using the Super AMOLED panel. 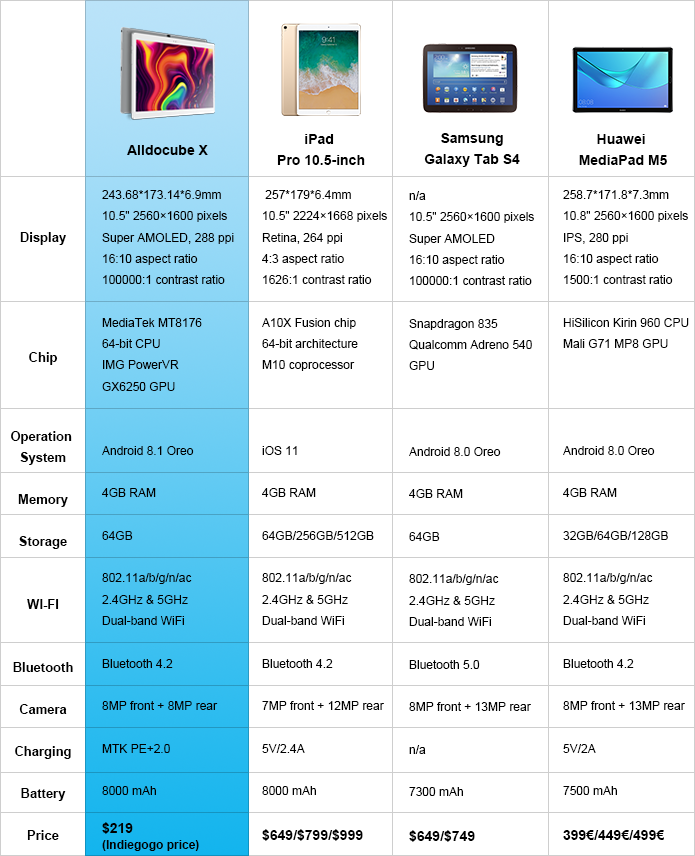 They adopted the fantastic Samsung Galaxy Tab S4 display, so the ALLDOCUBE X will be also featuring the 10,5-inch size with the 2560×1600 pixel resolution and 16:10 aspect ratio. On top of that they have added some extra tweaks like the AKM Hi-Fi sound chip and you can check the actual sound performance in the video below. Then for example massive 8000 mAh battery capacity with PE2.0 quick charging and of course also pretty appealing pricing, roughly one third of the Tab S4 price.

The crowdfunding Indiegogo campaign also been a hit and over 1600 backers all across the globe contributed to the success of the project. And the actual release is really closing by, because they have announce through an Indiegogo update message that the mass production of the ALLDOCUBE X tablet will start on December 10th and shipments will follow on December 15th. So the tablet still can make it in time as the perfect Xmas gift.

Next Samsung Galaxy S10 will be available with a ceramic back