Following the launch of the ZenFone Lite L1and the ZenFone Max in India a couple of weeks ago, Asus seems now ready for the launch of yet a new smartphone for the Indian market. The hint comes courtesy of a launch teaser now making the rounds.

As per the teaser, ASUS India has scheduled a launch event for November 29 in India where it intends to unveil the  Asus ROG gaming smartphone. While specific details including pricing are sparse at the moment, there are indications the Asus ROG phone will be exclusive to Flipkart, given that the duo earlier this year inked a strategic sales partnership.

First announced at the Computex earlier this year, the ASUS ROG phone is Asus’s response to Razer’s first attempt at gaming phones and features a 90Hz display along with a 2.96GHz Qualcomm Snapdragon 845 processor. And aside from the 90HZ display, the device also some dedicated gaming features including an “AirTrigger” side buttons, attachable side controllers, TwinView dock and cooling fan. 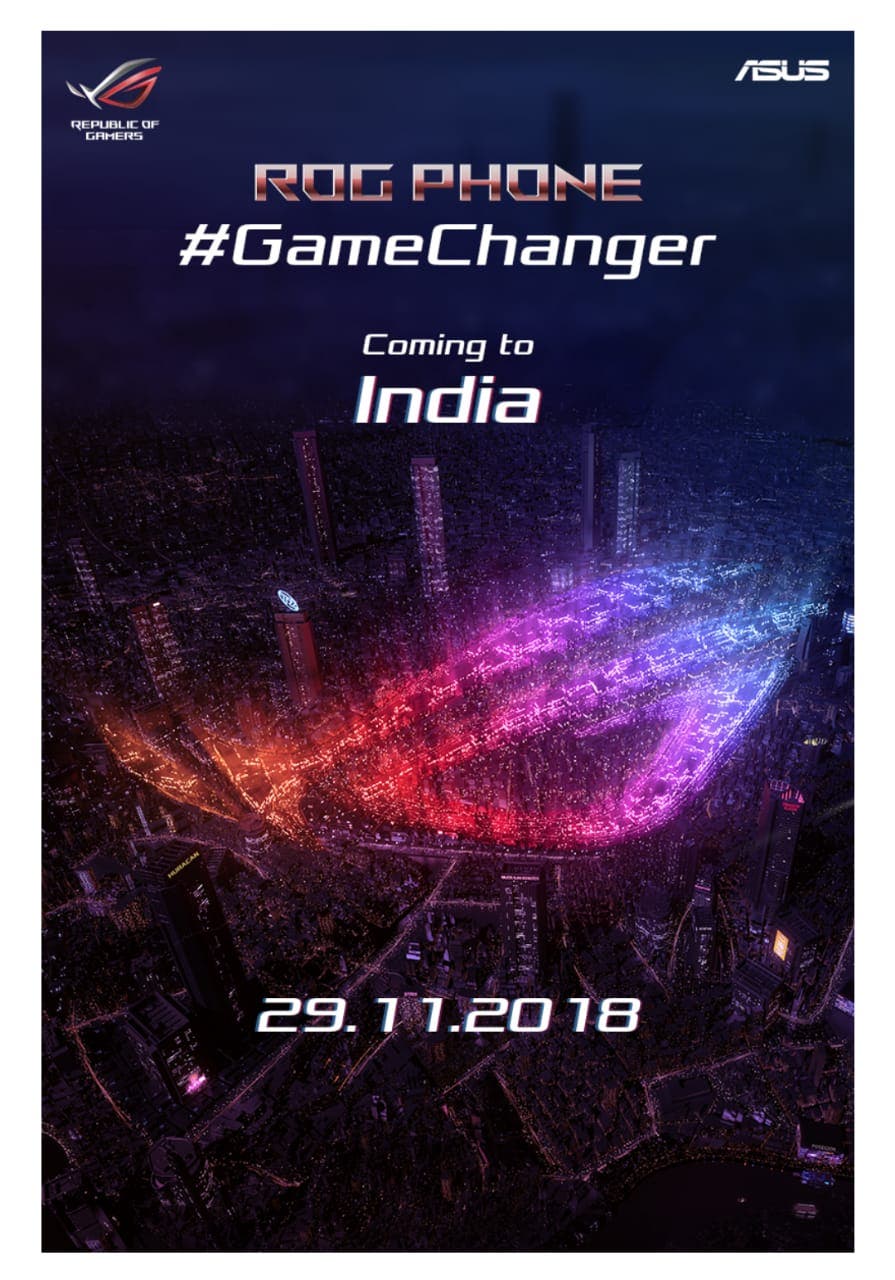