Much like the upcoming 10th anniversary Galaxy S10 and all its variants, the Galaxy A8s which was first demoed a while back has been the subject of many headlines lately. While we already saw a couple of leaked display panel of the device, a new render has just emerged revealing what appears to be the first realistic render of the Galaxy A8s.

Do note that this is only a concept render and not the official render, but we can vouch for the source as it has proved to be a bit reliable in the recent past. In line with several reports, the Galaxy A8s render reveals a device with virtually no bezels, except for the camera cut out which Samsung refers to as the Infinity-O display. With the Infinity-O display, Samsung aims to break away from the trending display notch which allows for a camera cut out ab0ve the display.

From the render, it is also evident the Galaxy A8s will not include an under-display fingerprint scanner, but a rear scanner accompanied by a trio of a vertically aligned rear camera setup. 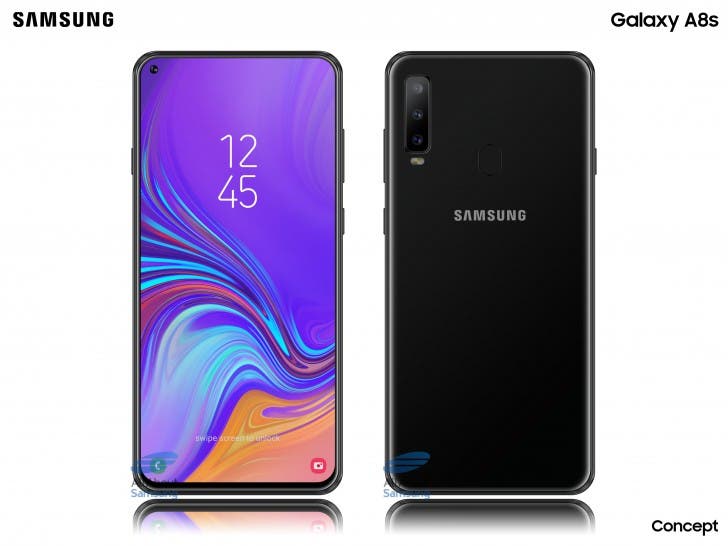 We’ve heard that the Galaxy A8s will be powered by the Snapdragon 710 chipset with 6GB of RAM, while it might boot Android Oreo out of the box. Further information should be out in the following days.