Xiaomi has leading positions not only in the smartphone market but in other niches as well. We already know it is the number one brand in India’s TV market and it performs quite well in the domestic market as well. Its sweeping robots can compete with the top brands. Its laptops are fighting against Lenovo and other leaders. This is also true for the routers. The current models of the Xiaomi Mi Router Pro and the Xiaomi Mi Router 4C are the best selling products at Tmall. So it’s quite logical to see that users are wondering when the next model will arrive. 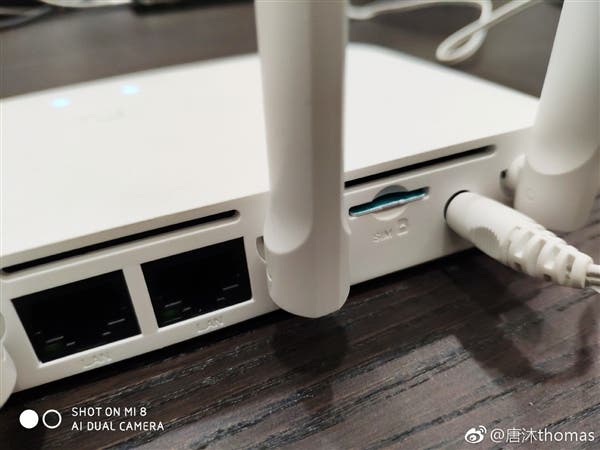 On November 27, Tang Mu, vice president of Xiaomi Ecological Chain, said through Weibo that ‘Many people have asked if there are new routers scheduled to launch in 2018. I have a picture. There is indeed a new product in the test.‘ He also provided a shot that reveals what ports it will come with.

According to the photo provided by Tang Mu, the new Xiaomi Mi Router will be equipped with 2 LAN interfaces and with a SIM card slot. We can even assume it will come with a new SIM card standard. Unfortunately, nothing more is known at this moment. But as Tang Mu showed this photo, there is every reason to think the new Xiaomi Mi router will be announced soon.

As for the Xiaomi Mi Router 4C, which is one of the most successful models in the line, it is equipped with four external omnidirectional antennas with a signal gain of 5dB. The latter can effectively enhance the signal gain effect and fully improve the transmission performance. So this router can be easily used in various complicated environments. There is also a 64MB of memory, and the data transmission is more stable, ensuring a smooth running of more functions. The Xiaomi Mi Router 4C can provide access to up to 64 devices.