HMD Global has had a pretty busy year, launching phones every now and then, with two other events slated for Dec. 5th in Dubai and in India. However, it appears its far from been over, as indications have now emerged that the Nokia licensee could be releasing a new phone soon.

Just a few days to its Dubai event, a new Nokia phone has popped up on TENAA which implies that an announcement might be possible in the following weeks. While the event in Dubai and India might be all abo0ut smartphones, the Nokia TA 1114 is a feature phone that is likely to come with T9 button.

Diving into details, TENAA reveals no render/images of the device but did provide virtually all the basic specs of the device. According to TENAA, the Nokia TA 1114is expected to flaunt a 1.77-inch display with a Mediatek single core 0.26 GHz processor, and an 800mAh battery out of the box.

Given that the device has already shown up at the ECC in Russian and on TENAA,  official unveiling in the coming days might be on the card. 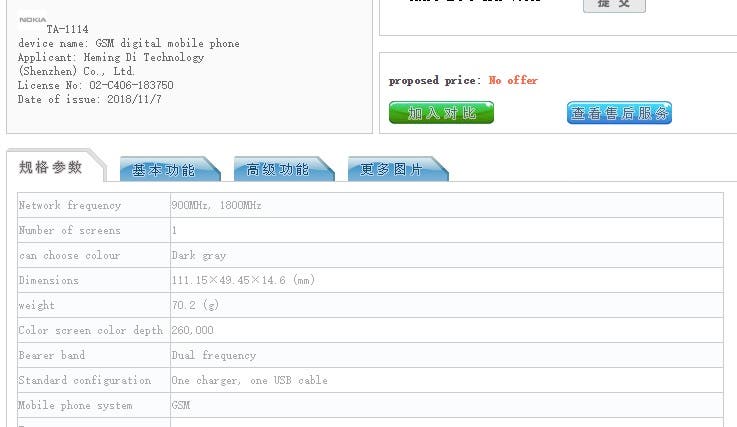 Next Google Play redesign with bright UI rolling out on Android