The Huawei P Smart 2019 is expected to be the last smartphone of 2018 for the Chinese phone maker. Just like previous devices in the P Smart series, the handset is going to be a mid-ranger with good specs and an appealing price.

The smartphone has now made an appearance over on benchmark site GeekBench, there the handset showed up with a single-core score of 1517 and a multi-core score of 5535, which means a performance between a Snapdragon 636 and an SD 660. This would suggest we’re looking at a Huawei Kirin 710 SoC.

Down below you can check out all the benchmark details: 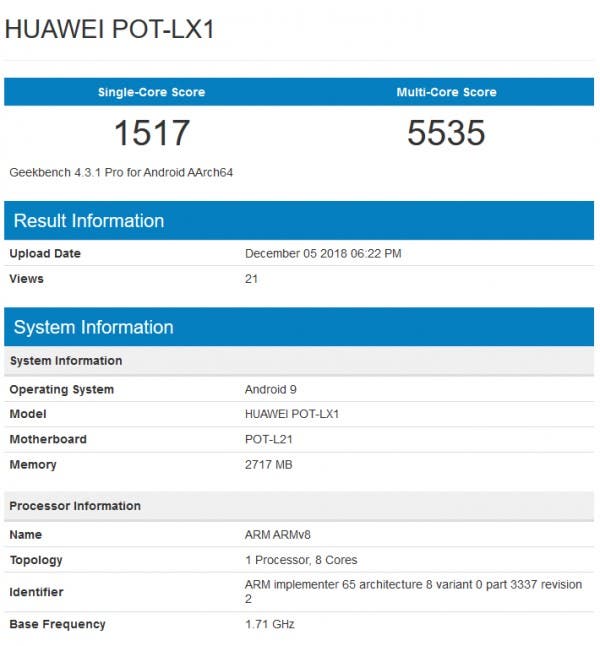 From previous reports, we also know some of the other specs, including a 3320mAh battery, 32GB or 64GB of internal storage and dual SIM support, meanwhile dimensions will be 155.2 x 73.4mm, with a notch at the front and two rear cameras. 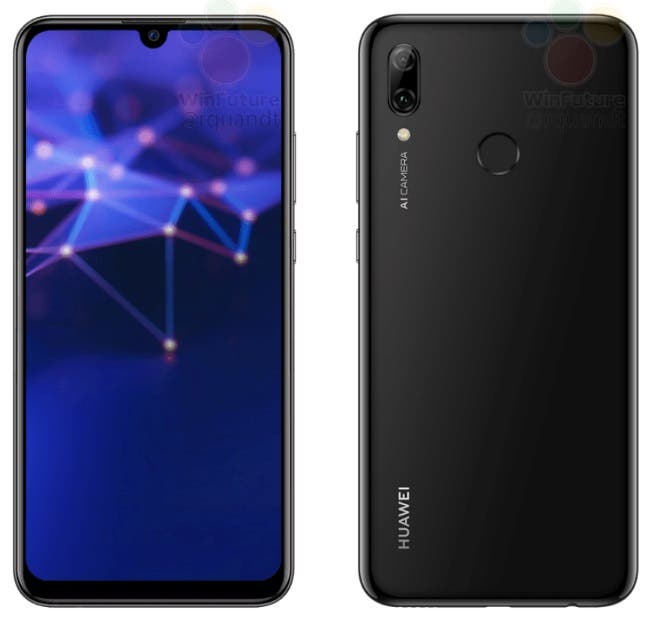 Albeit we don’t have any confirmation about the just mentioned camera setup, it’s very likely that we’re going to see the same combo as the previously launched Honor 10 Lite, meaning a 13MP primary sensor paired with a secondary 2MP shooter, at the front we’ll instead find a 24MP selfie snapper.