Samsung’s highly-anticipated smartphone, the Galaxy A8s, paid a visit today to the Chinese Regulatory Agency – TENAA. We are just three days ahead of the smartphone release, and now we have a couple of pictures that confirm some details of Samsung’s first smartphone to feature a hole in the display.

Looking at the pictures, we can clearly see that this smartphone matches with the previously leaked renders. Of course, it’s hard to see the exact dimensions of the bezels, since the display is turned off, but the display hole is right there in the top left corner of the panel. This hole will be the home of the front-facing camera making the “notch” a thing from the past. 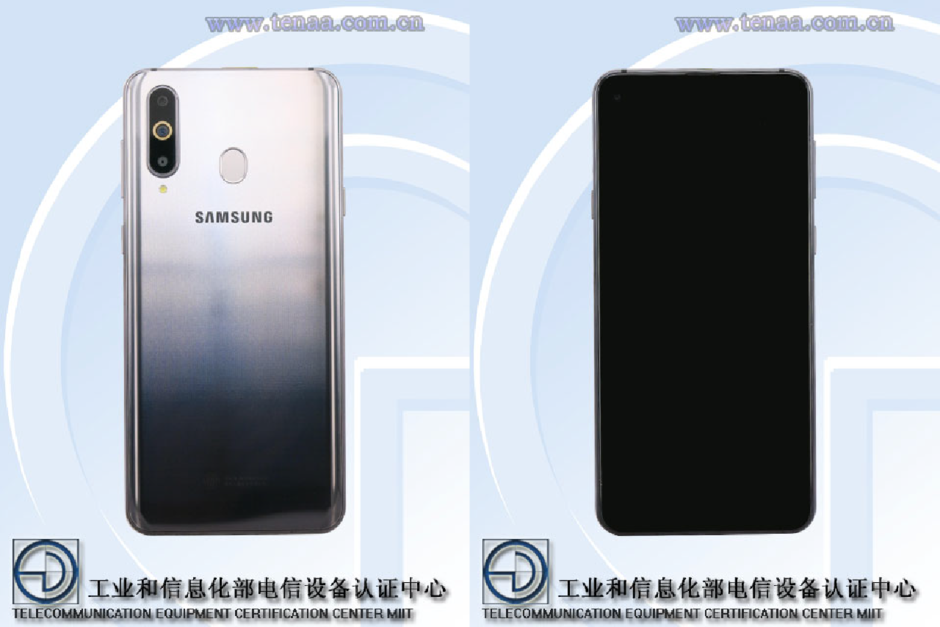 Like most of the premium smartphones, the Galaxy A8s will feature an aluminum frame with Volume and Power Buttons placed at the left side, while the right side is an exclusive home to the Bixby dedicated button. The USB Type-C port is placed alongside the bottom firing speaker. As previous reports indicated, the A8s will be the first Samsung smartphone to not come with a 3.5mm headphone jack.

Moving to the rear of the smartphone, we have Samsung’s traditional bright glass coating. The smartphone features a Silver color, but we expect to see more colors and possible a gradient variant once the device gets released. The device will feature an oval-shaped fingerprint scanner right above the logo. Up in the left corner, we can see what seems to be a triple camera setup, with a ring LED right around one of the sensors. Worth noting that a second smaller LED is placed below the setup.

The Galaxy A8s is set to be released on the next Monday, and as we mentioned above, it should come in a plethora of gradient colored variants in addition to the Silver one spotted in TENAA.

Previous Meizu To Launch Snapdragon 855 Phone, But When?

Next Nokia 8.1 Goes on Presale in Taiwan with Lower Price and Free Case