Realme had an amazing run in the year 2018 with its four successful phones. The brand which is famous for providing value for money on their products is now facing some criticism due to battery issues on one of its new models. The Realme 2 Pro is reportedly struggling with battery draining issues.

Users of Realme 2 Pro on Twitter have complained about the battery draining problems. On reaction Realme has discovered that TouchPal keyboard app was the root cause of the problems and it is considered that Realme has already fixed this issue.

With regards to the bug, Realme’s official handle replied that they have confirmed TouchPal app in some scenes is unusually causing the drain of the battery. The update which is lately released will fix the battery issue. They have also asked the users to give feedback after the update. 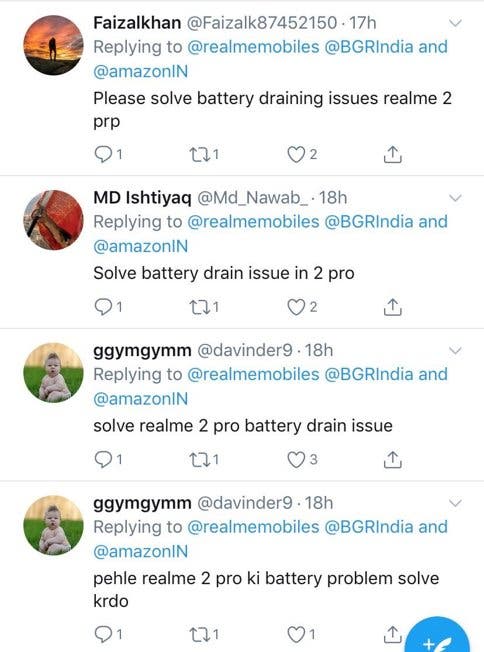 Last month Realme had rolled out an update particularly for battery performance enhancements, selfie camera, and some general bug fixes. The former update failed to solve the battery issues although they have fixed it now.