In September this year, Chinese manufacturing giant, Xiaomi, released the Xiaomi Redmi Note 6 Pro in an unusual manner. This smartphone was listed in various stores across Europe and Asia before it was officially unveiled in Thailand. In November this year, it was released in India and it sold over 600,000 units on the same day. This smartphone is the most desired mid-range smartphone from Xiaomi. It is believed that this device balances specs and price but it now seems that it offers a lot more in the camera department. 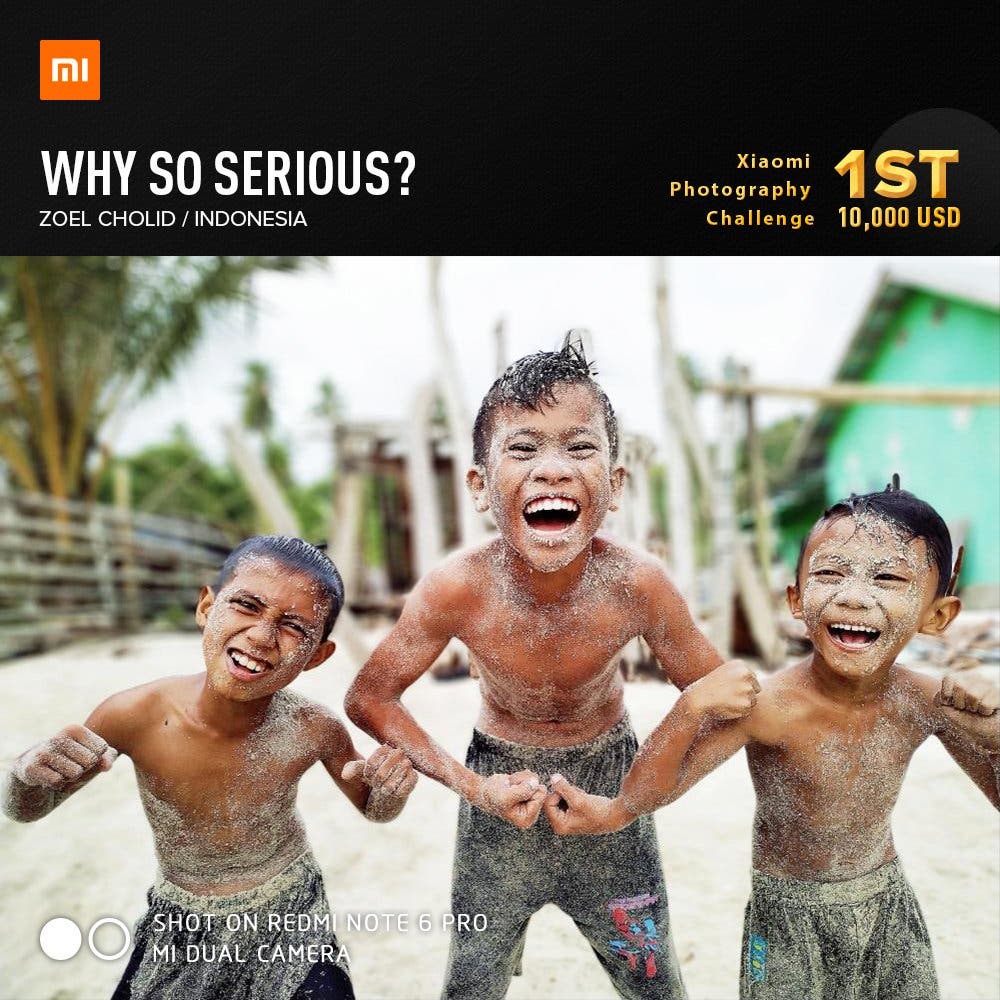 Recently, Xiaomi organized a contest “Xiaomi photography challenge” where images taken with any Xiaomi phone was qualified to contest and the winner goes home with $10,000. In a contest that involves entries from Xiaomi Mi MIX 3, Xiaomi Mi MIX 2S and Xiaomi Mi 8 series, the mid-range giant, Xiaomi Mi Note 6 Pro came top. A photo taken with the Redmi Note 6 Pro captioned “Natural look” by Zoel Cholid from Indonesia won the price. We can now see why this phone is the most desired Xiaomi mid-range device.

A lot of parameters were considered before choosing the winner – the environment, caption, message, and character all play a vital role and these have nothing to do with the standard of the phone camera. However, to claim the first price in such a contest, you also need good clarity, high details, low noise and others features which are related to the camera specs. This contest shows how much effort Xiaomi put into the dual AI camera of the Xiaomi Redmi Note 6 Pro.

Do you know who are the 1st prize winners of Xiaomi Photography Challenge 2018?

In the camera department, the Xiaomi Redmi Note 6 Pro boasts of a four-camera setup (dual on both sides). The rear has a 12MP+5MP (supports 1.4-micron large pixels and supports dual-pixel autofocus) shooter with the LED flash stacked between the sensors while on the front, we have a 20MP+2MP configuration which suggests that this smartphone is designed for selfie lovers. The front AI dual camera supports AI beauty. This smartphone is powered by a Snapdragon 636 processor and its lights are kept on by an above-average 4000 mAh battery. It comes with a 6.26-inch notched full-screen display with an aspect ratio of 19:9 and a resolution of 2280 x 1080. It runs on Xiaomi’s MIUI system on top of Android 8.1 Oreo.