That’s not a secret China is the world’s largest market. So it’s quite reasonable to see many players here. The competition is fierce. But also, this is the best arena for rolling the dice. Thus, if a manufacturer stands for something, it will succeed. Otherwise, it will be lost like thousands. Today, China Academy of Information and Communications Technology (CAICT) released the Chinese smartphone market operation analysis report for November 2018. Compared with the same period of last year, the overall domestic smartphone market and the number of new models listed have shown a downward trend.

In addition, there are fewer smartphones launched this month. Only 39 new models were announced by the manufacturers, down 49.4% from the same period last year. They also include six 2G phones. However, in the first half of this year, a total of 722 new machines were released in the Chinese market. It was lower compared with the same period last year. A small part of the new models is 2G handsets. 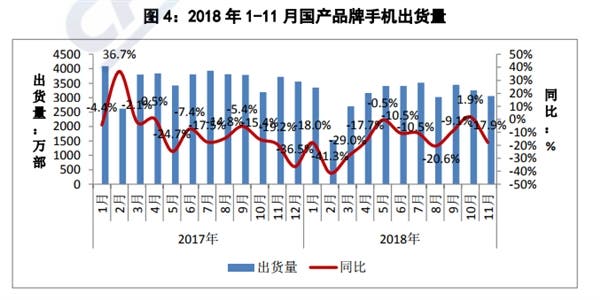