The listing suggests the Oppo device appears to be a super affordable one, as it is seen taking the test with the Snapdragon 625 chipset coupled with 4GB RAM. The SoC is quite an old one, and that begs for why the company will opt for a dated SoC for use in a fresh device.

And aside from using the dated SoC, the Geekbench listing also tells us the unknown Oppo phone will boot Android Oreo and not the Pie out of the box.

As for the performance, the listing tells us the device managed to return 855 points in the single-core test and 3244 points in the multi-core test. While both scores are not record-breaking, they are well in line with other devices using the same SoC. 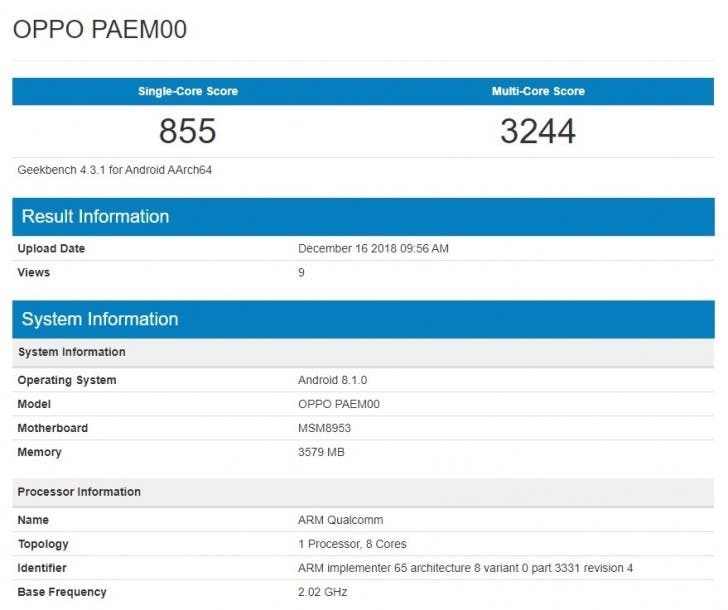 Sadly, GeekBench doesn’t reveal any other useful details like its camera setup or the display, but we should get to know more about that in the coming days.