Huawei Honor sub-brand looks set to unveil the Honor V20 in China in a few days from today. Ahead of its launch, the device has been spotted on the Geekebench database revealing some minor details about the upcoming pocket-friendly device.

The listing comes only a few hours after a render and live image of a special edition variant of the device surfaced. Listed with the model number number PCT-AL10, the Honor V20 is seen running Android 9.0 Pie with 8GB RAM coupled with an unknown SoC with a 1.8 GHz clock speed suspected to be the Kirin 980 given that the Honor V10 from 2017 got the Kirin 970 SoC. The Huawei Kirin 980 has only appeared in a few number of smartphones including the Mate 20 series, the Magic 2 and  now the Honor V20.

Notably, the chipset reached scores of 3261 for a single core and 9792 for multiple cores, similar to the Honor Magic 2 powered by the same SoC. The platform got two Cortex-A76 cores at 2.6 GHz, two more at 1.92 GHz, and four power-efficient Cortex-A55 at 1.8 GHz. 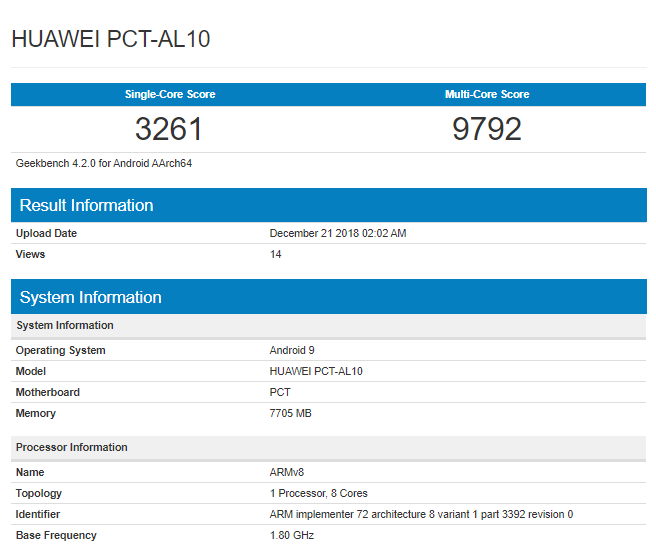 The device is expected to go official on Dec. 26 in China. A special edition Honor V20 Meserati is also rumored, but there is no official confirmation to that effect.

Next Samsung Galaxy S10 will probably have its own night mode