Huawei’s sub-brand Honor will be releasing a few phones earlier in the next year. Recently, Honor 8A and Honor 8A Pro were spotted on the China certification agency TENAA’s website and Russian certification body EEC. 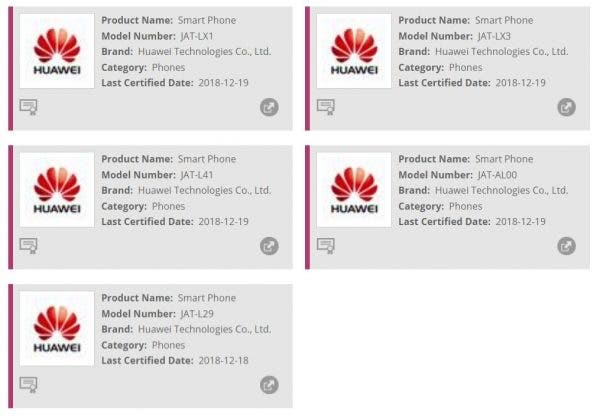 According to Wi-Fi certification, both said devices will feature single-band Wi-fi a/b/g/n at (2.4GHz). Unfortunately, the websites does not reveal any specifications of the phone but all we know by so far is that all models will be running on Android 9.0 Pie OS.

Moreover, The TENAA listing shows that Honor 8A will come in a 6.08-inch HD+ LCD display and will be driven by a 2.2GHz octa-core processor. The phone comes with a 3GB RAM with an optional 32GB/64GB internal memory.

As far as cameras are concerned, the Honor 8A will boast a13MP on the back and at front, it will be carrying an 8MP selfie camera. As mentioned above it will be running on Android 9.0 beta and is fueled up with a decent 3,000mAh battery. The phone will arrive in distinctive colors like Blue, Black, Gold, and Red colors.