May locals in China have often wonder why Chinese manufacturing giant, Xiaomi, makes giant strides in other countries especially India but its still in the shadows of Huawei in China. Today, in a short interaction with Lei Jun, some Chinese fans of Xiaomi tried to get Lei Jun to answer the question “Why is Huawei a national brand but Xiaomi is not?”.  Xiaomi’s CEO intelligently passed the question and he gave no direct response. 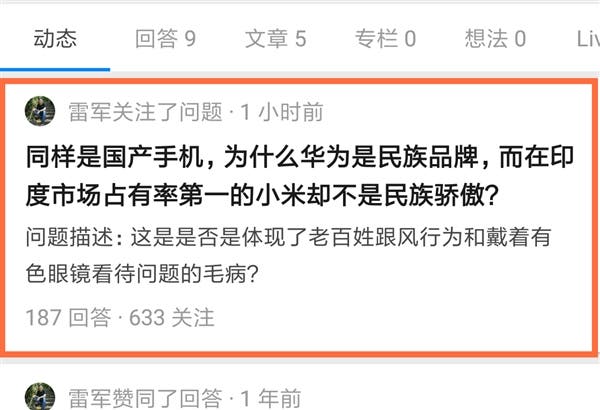 So why can’t Xiaomi achieve these figures in China? Does the Chinese need something that Xiaomi doesn’t have? Is it about the stiff competition in the Chinese market or is it related to Xiaomi’s relatively young age? Let us know your thoughts in the comments below.