DOOGEE devices have been the rage these days since the publishing of several attracting models, such as the Doogee 70 game rugged smartphone and Doogee S80 digital intecom smartphone. While today, another upcoming model information is leaked out for the first time, which is DOOGEE S90. Actually, a common rugged phone is not enough to catch eyeballs nowadays, but what if the S90 is a modular smartphone? Basing on reliable resources, the S90 is a modular rugged smartphone! 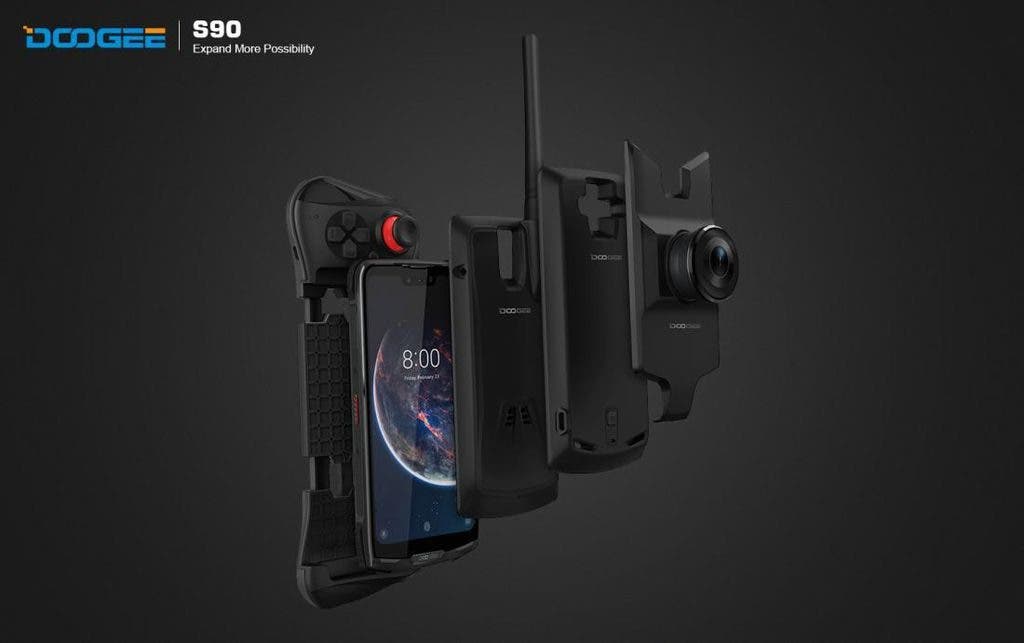 To be honest, what a surprising design to challenge the traditional frame shape! It is said that the S90 will support separated modules like mobile battery, telephoto camera, digital walkie-talkie, sound boost and projector etc. Users can change different parts to enhance phone function or improve whole performance by themselves. DOOGEE has sent invitation to media that the S90 is going to be launched on Kickstarter on January 15th. 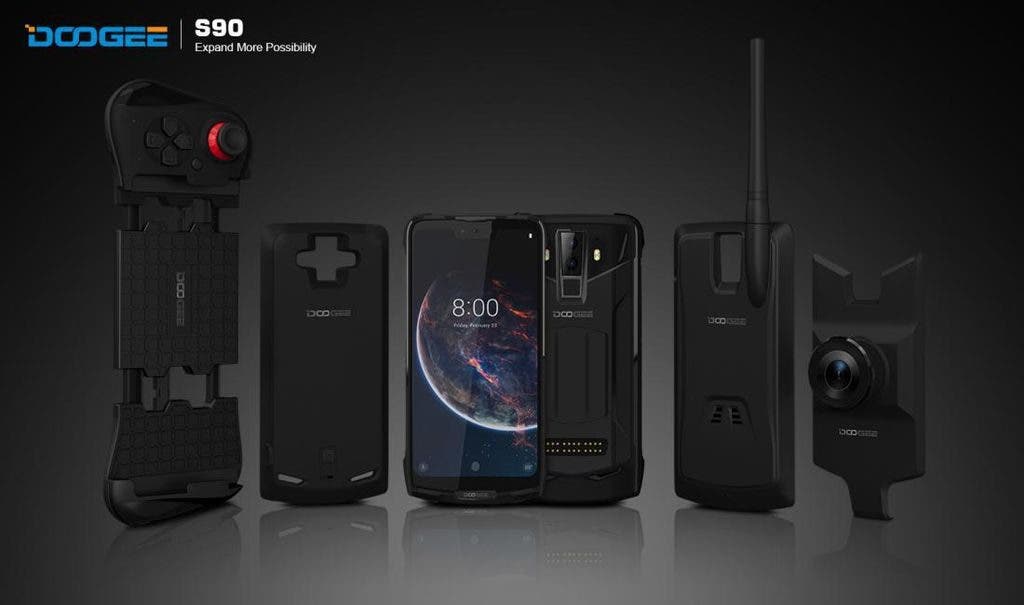 Different to LG’s pluggable structure, DOOGEE S90 adopts the way of magnetic point absorption. 24 metal points are located on the rear cover bottom that the modules are fixed by magnetic force and the data is exchanged with metal points. In this respect, the design concept of DOOGGEE S90 is similar to Moto Z. Meanwhile, the main device is still a core part and all kinds of modules are just the enhanced accessories to make the smartphone more outstanding. Users only need to put the modules slightly on the phone back cover to expand S90’s using function. 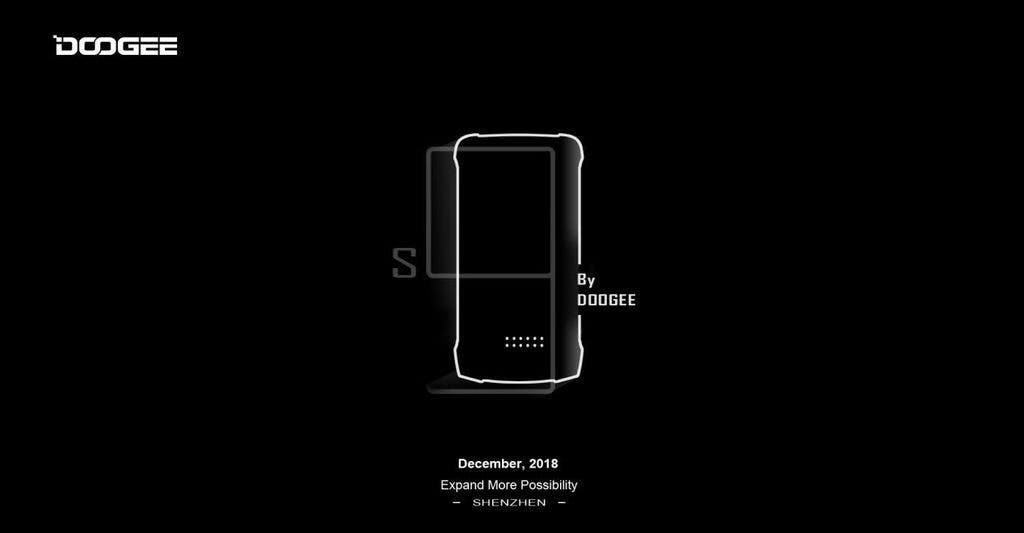 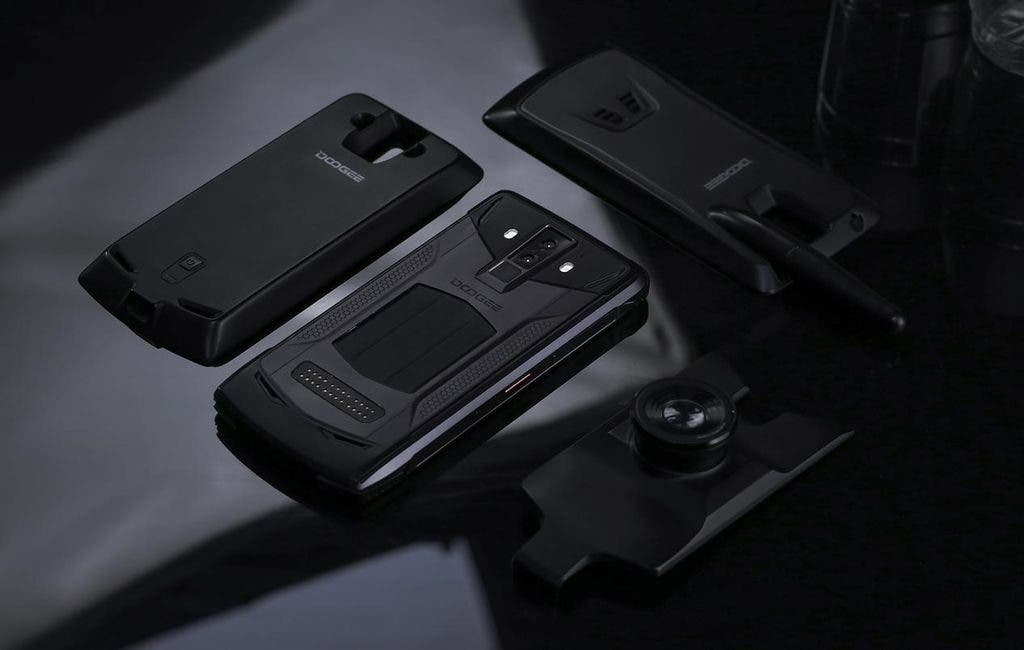 module, orientation module and sound booster module will be well matched to S90. Furthermore, it is no need to disassemble the cover or shut down when connecting the modules with cellphone; the whole process to make S90 modular rugged smartphone run normally is less than 1 second. How efficient and elegant design is!

Certainly, there is also a saying that the modular phone is too ideal to have mass production currently. But the innovation spirit should be encouraged, and exactly is this kind of challenge injects new vitality to the handset market. DOOGEE S90 proto has been exposed.

So look forward to the start of the crowdfunding campaign on January 15th 9AM EST, the basíc version of the DOOGEE S90 will be available for $299 and the bundle with the 3 extra modules for $399.

Next CHUWI Herobook with 38Wh battery takes some endurance tests

$1M funded in an hour! BLUETTI EP500/Pro with an impressive start