A few minutes ago, Chinese manufacturing giant, Xiaomi, unveiled its new independent sub-brand, Redmi, and the new brand/product launch conference was held in Beijing. At this conference, Lei Jun announced the first smartphone by this independent brand as Redmi Note 7. 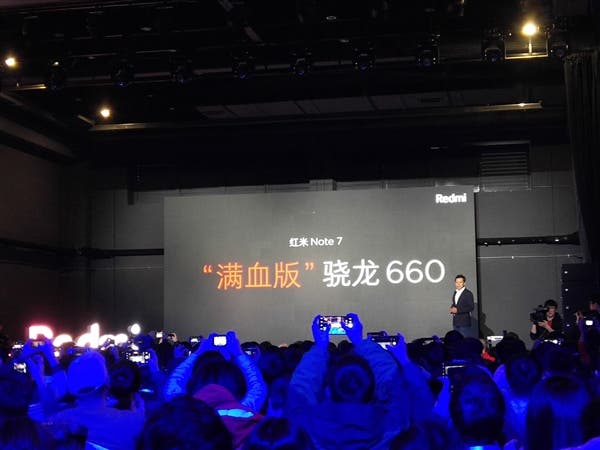 The smartphone is equipped with a full-optimized version of the Qualcomm Snapdragon 660 processor. Xiaomi Technology founder and CEO Lei Jun stressed that this fully-optimized version of SD660 is very different from the standard version and the user experience in this version is far better. 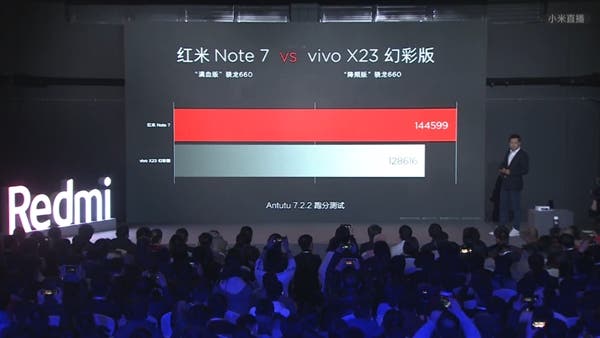 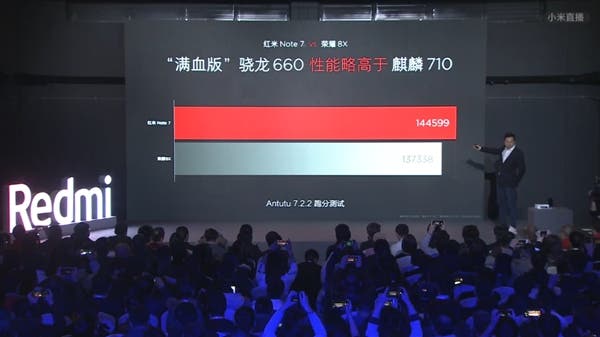 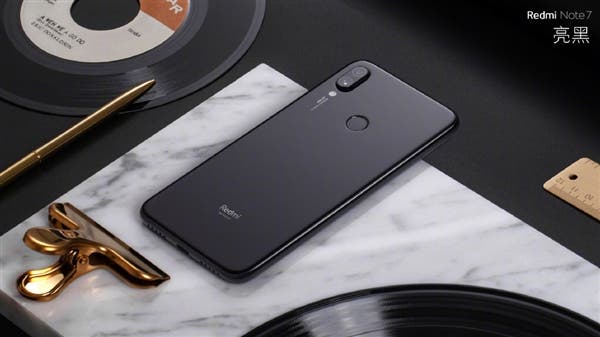 Not only that, Redmi Note 7 also has a high-value body design. It comes with a crystal clear 2.5D double-sided glass and an illusion gradient colour. This makes the Redmi Note 7 to show a dynamic light and shadow change effect. The company provides this device in three colours which include Twilight Gold, Dream Blue, and Bright Black. See some more images below.

The smartphone uses a 6.3-inch waterdrop screen which makes it the first waterdrop screen phone in the Redmi Rice series and in Xiaomi at large. The display comes with a 19.5:9 aspect ratio and uses a Corning Gorilla glass 5 protection. It achieves a 450 nits brightness, 84% NTSC color gamut, stepless color temperature adjustment, luminous screen, eye protection mode, etc. Like we said earlier, the Redmi Note 7 is powered by a fully-optimized Qualcomm Snapdragon 660 processor clocked up to 2.2GHz. In addition, the Redmi is equipped with a new graphite negative anode 4000 mAh large battery which supports QC 4 standard. According to the official introduction, when buying the new smartphone, you can add 10 yuan ($1.47) to buy the 18W Xiaomi USB fast charger which will give you a full charge in 113 minutes. 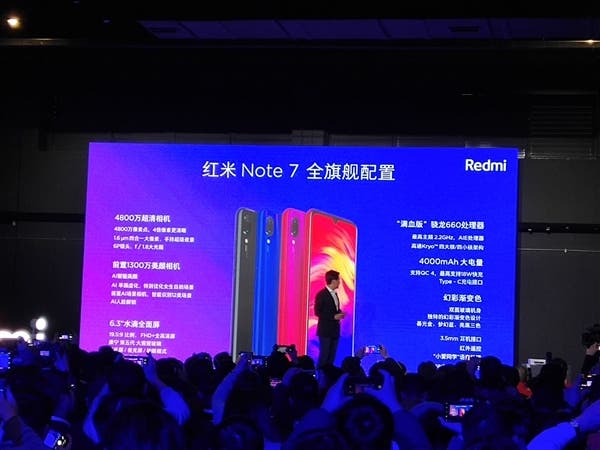 In the camera department, Redmi Note 7 is equipped with a 48-megapixel ultra-clear camera, which is 4 times higher than the mainstream 12MP. It can get more details when taking pictures, and it has a top-notch zooming capacity. You can get a huge print out poster with one person, a tourist photo and the pixel is high enough to cut off the crowd and become a pure landscape. 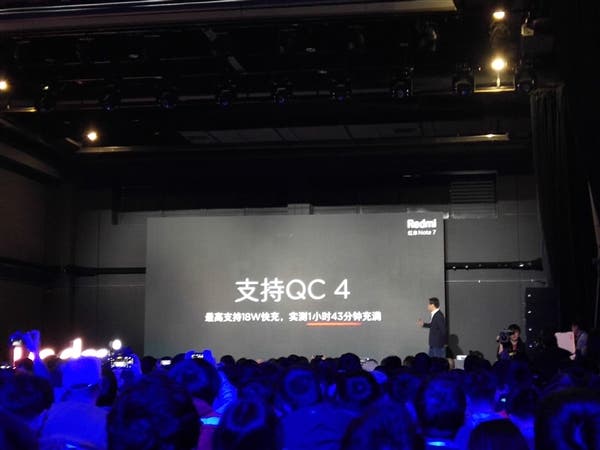 For the dark environment, the 48MP sensor comes with an automatic four-in-one 1.6μm high-pixel high-sensitivity mode, and the single-pixel photosensitive area is four times that of the original. This smartphone comes with the same algorithm of Xiaomi Mi MIX 3 super night scene mode. No need for a tripod as the hand-held capability can shoot a very clear night scene image. 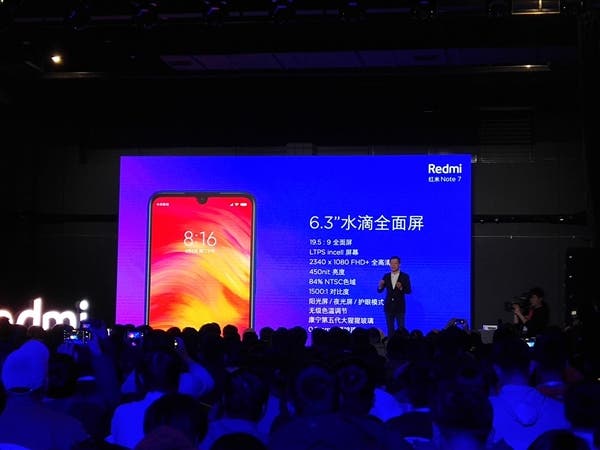 In addition, Redmi also made a sound quality special improvement plan for Redmi Note 7. The company used PA components from the same supplier as Apple. In addition, the phone uses a DSM dynamic gain control, custom AAC micro-speaker. With its independent Box 0.64cc large sound cavity design, this device achieves a stable sealing performance, while the volume is large, the sound is better. It is worth noting that the Redmi Note 7 comes with a standard USB Type-C interface, and also retains the 3.5mm headphone jack. 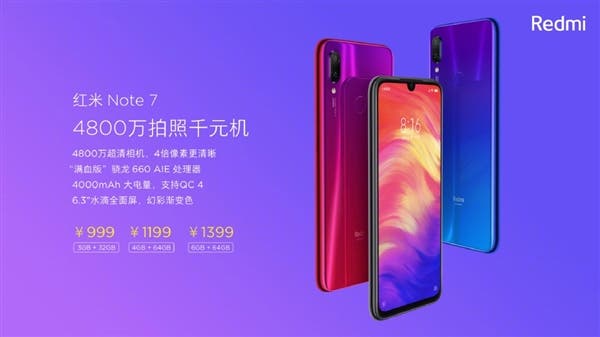 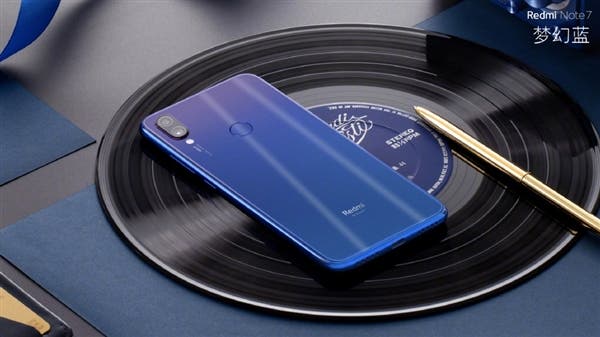 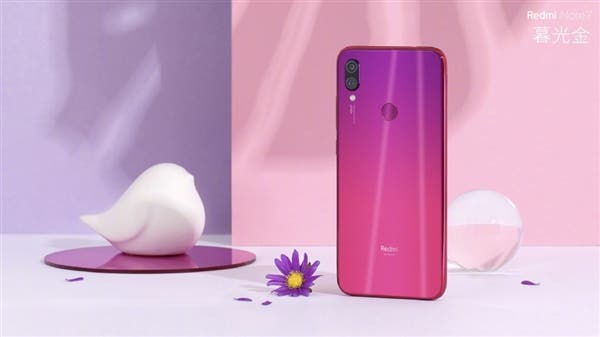 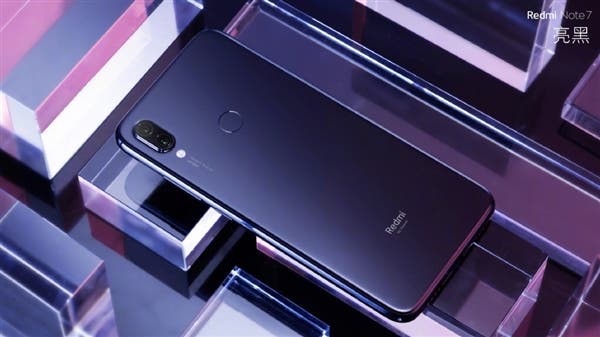