All is now set for the first official sale of the Redmi Note 7 which was launched a few days ago. However, the company quickly made a slight change to this smartphone before it hits the market. The watermark on images now reads “Redmi Note 7 48MP Dual Camera”. This is different from the initial writeup which says “Shot On Redmi Note 7 Mi Dual Camera”. 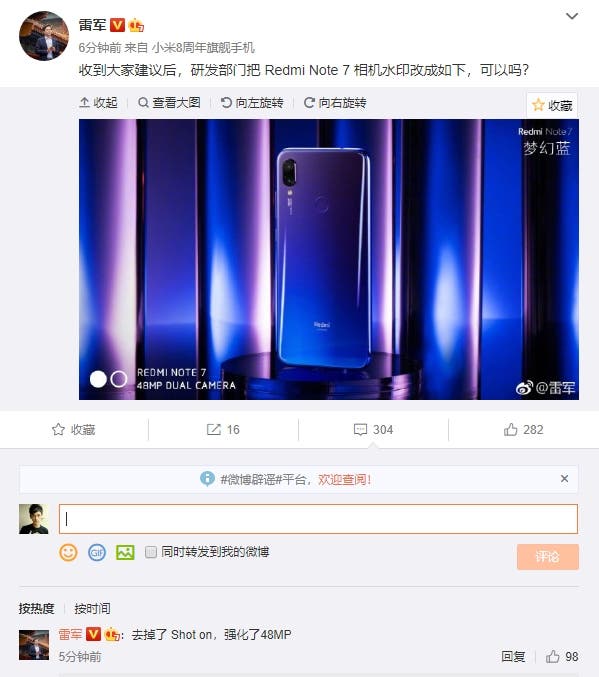 Lei Jun revealed that the change was from Redmi and the response of netizens has been positive. It’s not much of a change thus it wouldn’t change the perception of this smartphone. The Note 7 comes with Corning’s fifth-generation gorilla glass. Lei Jun said that the fifth-generation gorilla glass used by this device is a product that can’t be used on expensive smartphones following Corning’s rule. 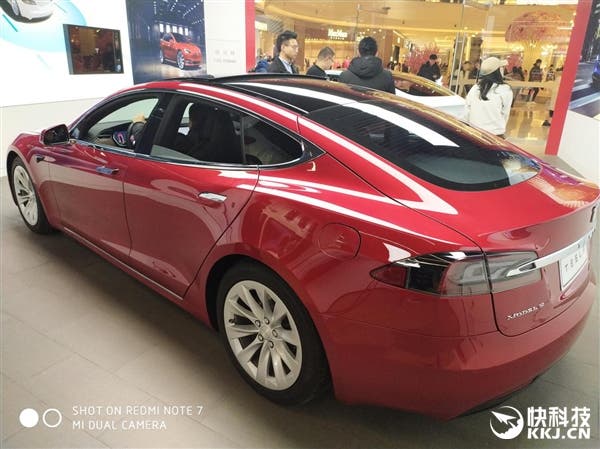 This smartphone comes with a 48MP + 5MP dual AI camera with a unit pixel area of 0.8μm. In the core configuration, Redmi Note 7 uses a 6.3-inch 2340 × 1080 display with a Qualcomm Snapdragon 660 processor. For selfies, it has a 13MP shooter while a decent 4000 mAh battery is available to keep its lights on. In addition, the Note 7 uses the same quality standards as Xiaomi’s flagship mobile phone. According to the official introduction, after two years of improvement, Xiaomi has successfully upgraded the long-term comprehensive normal usage rate to 18 months. Thus the warranty period for the Redmi Note 7 is 18 months.

Previous TrendForce: Smartphone production to drop by 5% this year