Earlier today, the Redmi Note 7 was available for its first official sales and it took less than nine minutes for this smartphone to completely sell out. Earlier, the company said that the stocking of this device is adequate and there will be a million units in January alone. Although Redmi did not announce the exact number of units it sold today, the company said that “hundreds of thousands Redmi Note 7 was sold today” which means that the company sold at least 100,000 units today. 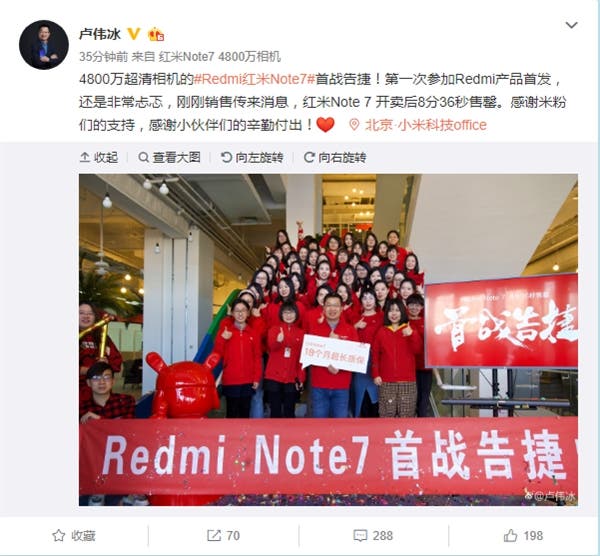 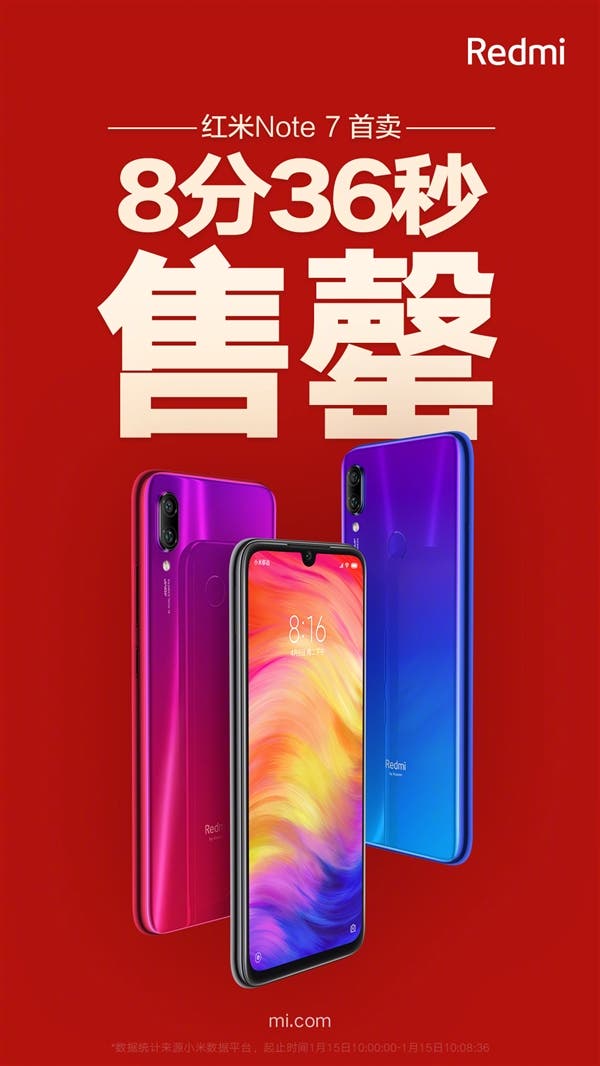 As a reminder, this smartphone comes with a 48MP + 5MP dual AI camera with a unit pixel area of 0.8μm. In the core configuration, Redmi Note 7 uses a 6.3-inch 2340 × 1080 display with a Qualcomm Snapdragon 660 processor. For selfies, it has a 13MP shooter while a decent 4000 mAh battery is available to keep its lights on. In addition, the Note 7 uses the same quality standards as Xiaomi’s flagship mobile phone. According to the official introduction, after two years of improvement, Xiaomi has successfully upgraded the long-term comprehensive normal usage rate to 18 months. Thus the warranty period for the Redmi Note 7 is 18 months.