In just a few days from now, Samsung mobile will officially unveil a Galaxy M series that is set to replace the budget Galaxy J series in India. The series in the form of the Galaxy M20, M30, and even M10 have been regular visitors to the rumor mill. The Galaxy M10 is expected to be the most basic of the series, and just before the Korean giant is ready to pull off the veil, details of the Galaxy M1O has surfaced revealing some crucial details about the device. 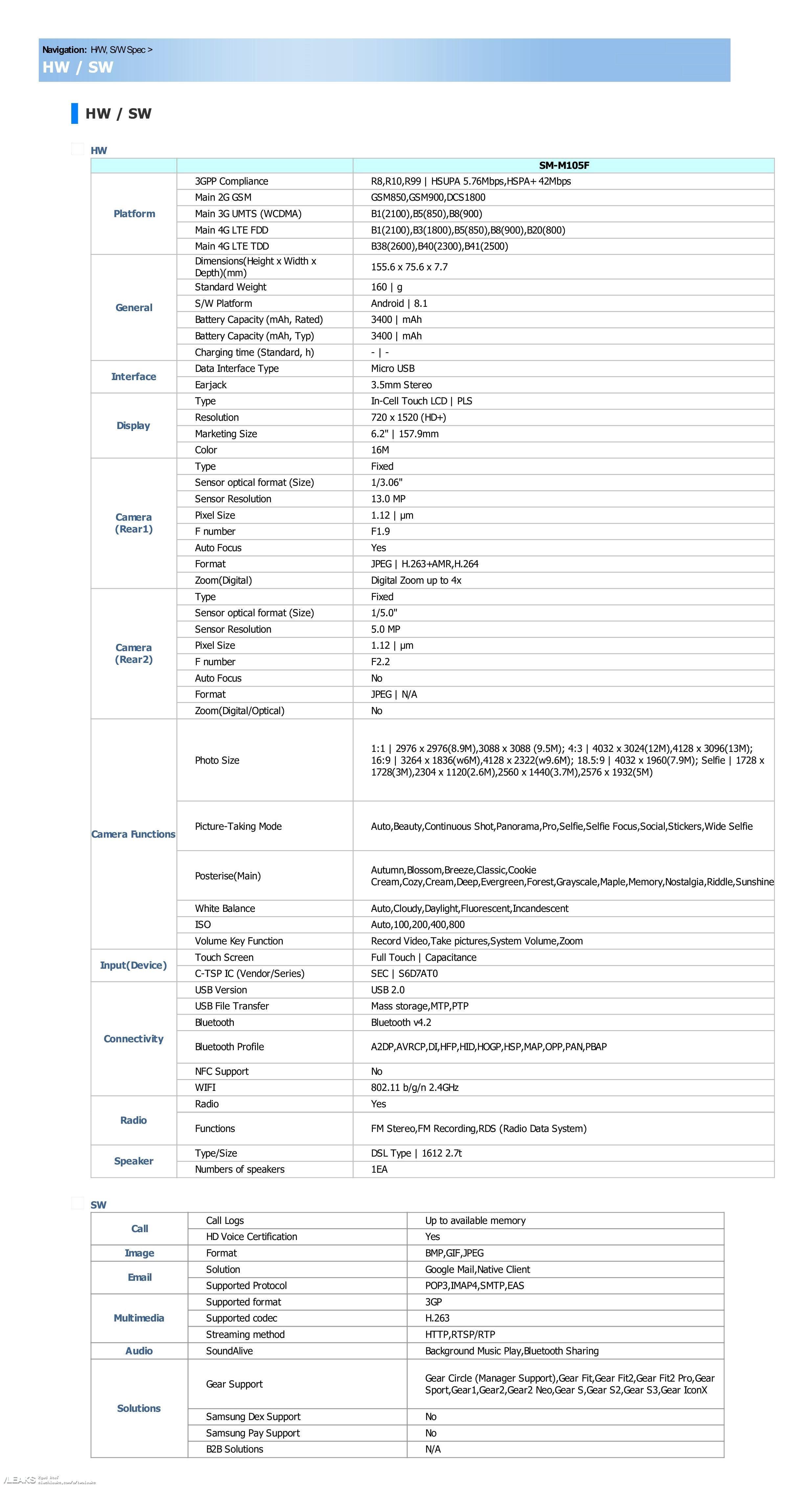 The leaked schematics confirms that the Galaxy M10 will measure 155.6 x 75.6 x 7.7mm, weigh 160g and will come flaunting a 6.2” screen (720p+) the so-called Infinity V. Much like the M20 and M3O, the Galaxy M10 though the least attractive will come with a dual rear camera setup, but will miss the fingerprint sensor. 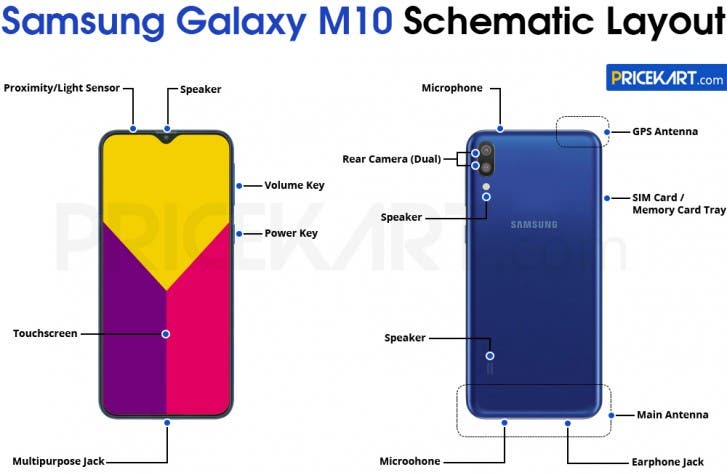 And contrary to the revelation made by the Geekbench,  a new leak suggests the Galaxy M10 will ship with a more capable  Exynos 7872 SoC and not the 7870 as tipped by Geekebnch. The RAM size stays at 2GB and 32GB of expandable storage. The device will boot Android Oreo out of the box, will get a 3,400mAh battery with no fast charging, and a 13MP main module (f/1.9, 1.12µm) plus a 5MP depth sensor.