In Geekbench, an unknown Samsung phone pops up today with the model number SM-A405FN. Presumably this is the Galaxy A40, about which rumors have been circulating earlier.

Just like the Galaxy A50, we expect the unveiling of this Galaxy A40 later this spring. As we can deduce from the data, the A40 runs on Android 9 and it is equipped with Samsung’s own Exynos 7885 processor with 4GB of RAM. In terms of hardware, the device has major similarities with the Galaxy A8 from 2018. 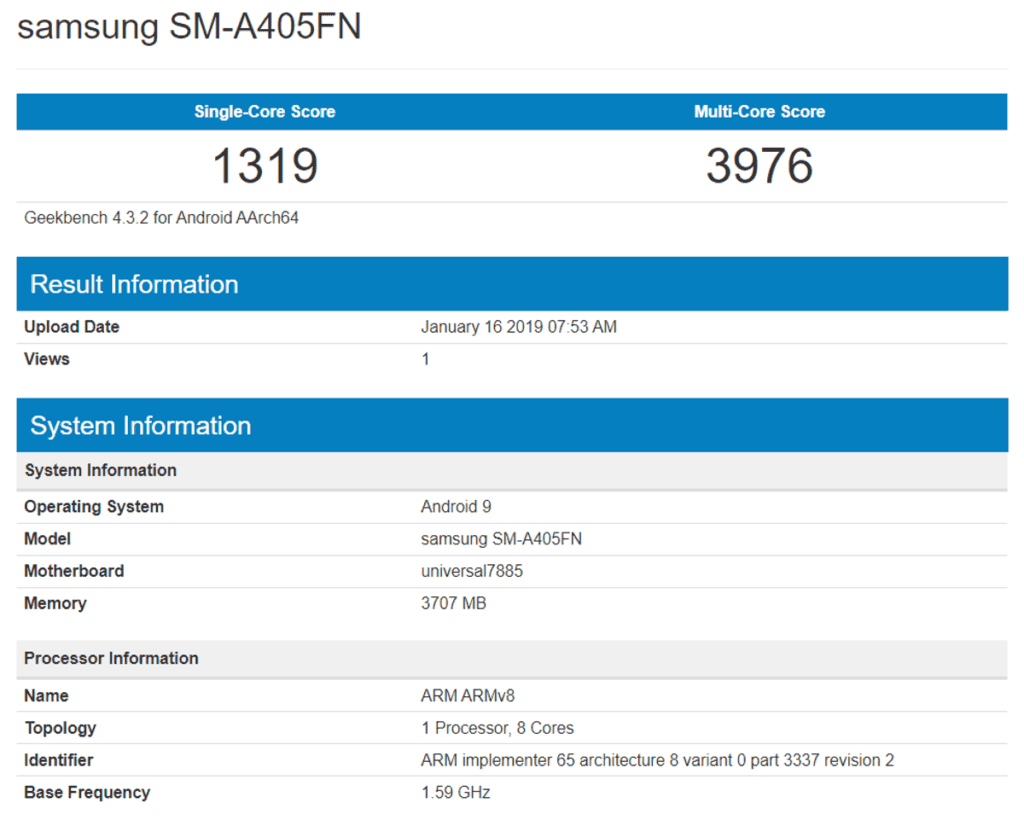 The Galaxy A40 was previously part of the rumor circuit. Then it was whispered that it is one of the devices in the A-series that will be equipped with an AMOLED display. This is in contrast to the A50, which may have been fitted with an LCD panel.

It is worth to mention that according to some recent reports, the Galaxy A90 which carries the SM-A905F model number is presently being tested with a very generous amount of 128GB of internal storage. As usual from the South-Korean smartphones, the device should include microSD card support, the device is expected to come with as much as 8GB of RAM, much like the current gen Galaxy A9 (2018).