Vivo kicked off a closed beta program towards the end of 2018 in China for a few select devices, apparently the updates are finally nearing the shores at least for the vivo V11i. When the company published the list of devices that were included in the beta program, the vivo V11i wasn’t on the list, but apparently, it will be one of the first the receive the update. 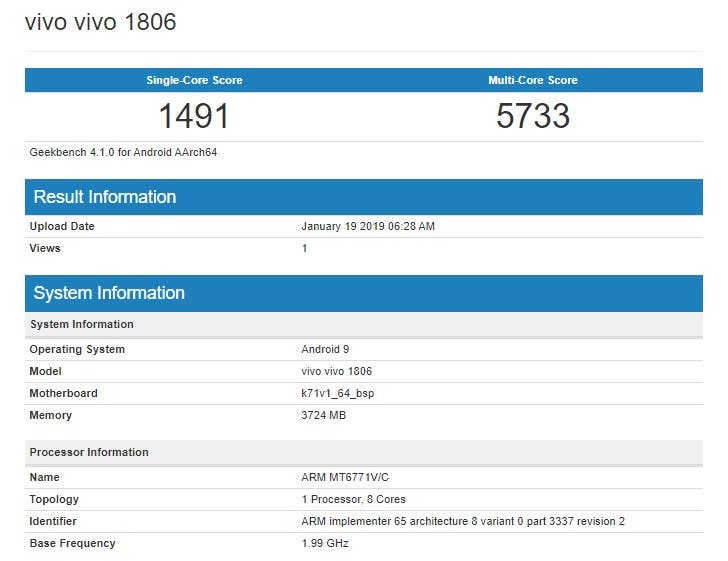 The handset surfaced today on a Benchmark test on the GeekBench database, scoring 1491 points for the Single Core test and 5733 points for the Multi-Core performance. The results are pretty on par with handsets featuring the Helio P60, so the update shouldn’t bring any unpleasant performance surprises. Furthermore, judging by the results we can assume that this build is nearing the status of a stable release.

The results are an indication that Vivo’s software team is putting some effort in bringing the latest flavor of Android for the handset. While there’s no indication of when this update will reach the eligible device, we wouldn’t be surprised if it comes on mid-February through an OTA update.

Android 9 Pie update will bring some major improvements and new features such as Adaptive Battery, Digital Wellbeing, More advanced Notification controls and more if you own a vivo V11i stay tuned for this update.