After the launch of the new iPhone XS series last year, Apple removed the iPhone X, iPhone SE and iPhone 6S from its official North American website. However, just this weekend, the company quietly restored the iPhone SE though it only appeared on the clearance page. Nevertheless, this page was taken down again but some a screenshot of the initial page was captured. 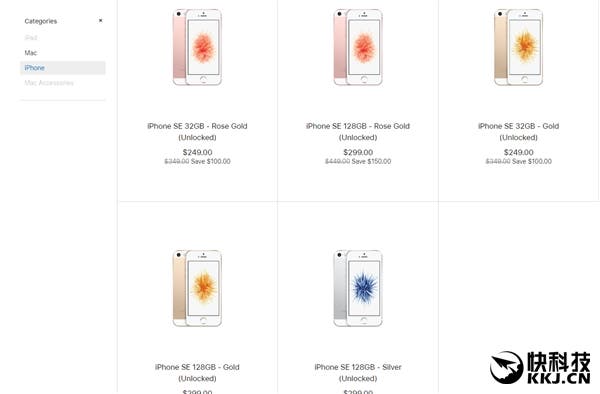 On the page, we can see that this smartphone is available in five options which included 32GB rose gold and gold models and 128GB rose gold, gold and silver models. The pricing for these smartphones were $249 and $299 which is a $100 and $150 price cut from the original pricing. The iPhone SE was released in 2016 and is equipped with a 4-inch Retina display, A9 processor, Touch ID, and a 12-megapixel main camera. It is loosely known as the “small steel gun”. Although consumers are looking forward to its successor, iPhone SE 2, there has been no more confirmation of this device.

In recent times, Apple has experienced poor demand for its smartphones and analysts believes that the company needs to revise its pricing otherwise, 2019 will be worse than the latter part of 2018. It now appears that Apple is listening.