Xiaomis latest offshoot – Redmi is gearing up to launch not just the Redmi Note 7 PRO but is also reportedly working on its first ever Android Go smartphone – the Redmi Go. The device has sprung up in the rumor mill a couple of times, but never have we had a definite marketing name for it. 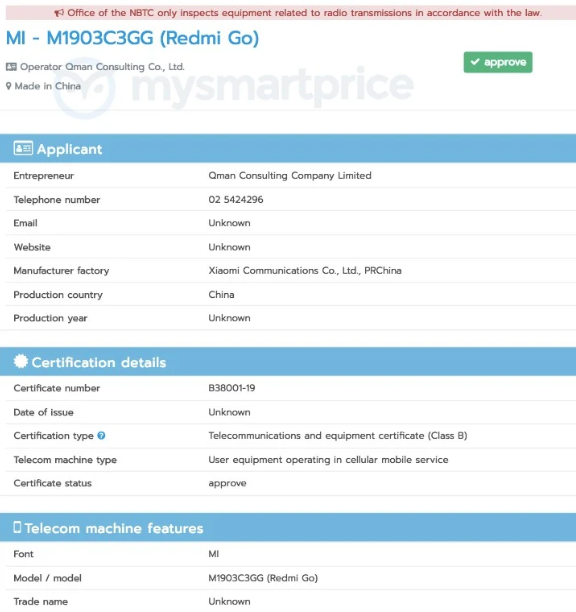 Now, a new Redmi phone bearing the model number – M1903C3GG has been granted approval by the Thailand NBTC where it has been revealed that the device will be marketed as the Redmi Go. The same device back in December 2018 received approvals from Singapore’s IMDA, the US’ FCC and Russia’s EEC, sporting the model number M1903C3GG.

We are not exactly sure when the device will go official but going by the recent certifications, the Redmi Go will most likely not be limited to a certain region, it will probably get a widespread availability.