It seems that a new update that is distributed for certain Huawei smartphones in China is causing the delete of images downloaded through the application of Twitter.

This story came to light when a Huawei user in China tried to download the images of his friend’s dog through the app of this social network, receiving a notification that the system had recognized that the images had been marked as downloaded via Twitter and therefore would have been deleted from the device. 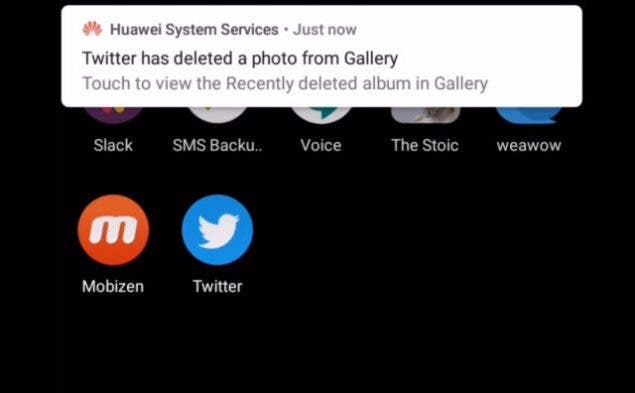 This problem has been verified by several Huawei and HONOR smartphone owners and this would have occurred after the installation of a recent update. It is not clear, however, whether this update is “guilty” or if, on the contrary, it is a new mechanism included in a recent update of the Twitter app.

The notification actually indicates that it is the application of the social network to be responsible for deleting the image and the same users who encountered the problem were able to download images via the Twitter site and third-party applications.

So far, neither Twitter nor Huawei have spoken on this problem This news comes days after Huawei announced that it will block third-party launchers on its smartphones with EMUI 9 in China. The company has also blocked the unlocking of the bootloader.

Next Samsung Galaxy S10 may have a second display area