In terms of design, it looks different from the previous version shaped flat like a rectangular slab. It’s service time is 25,000+ hours. In other words, it can be used for about 17 years in 4 hours per day. 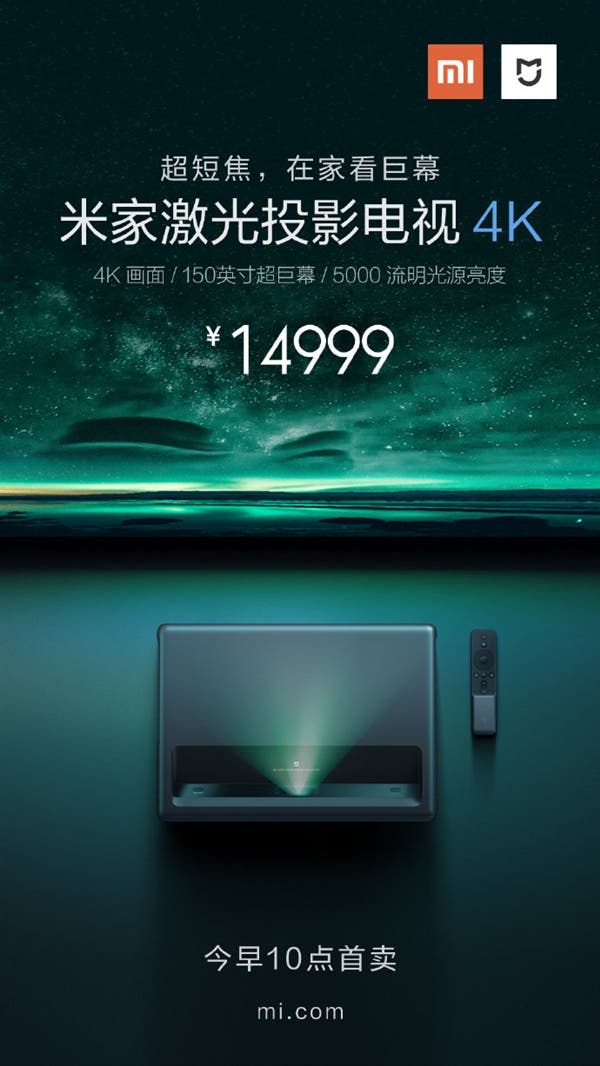 The 4K Mijia Laser Projector TV uses short-throw projection and adopts 0.233:1 wide depth of field. It can project 100-inch large images 24cm far from the wall surface. It also supports HDR10 and a contrast ratio of 3000:1. The 4K Mijia Laser Projector TV adopts new ALPD3.0 laser fluorescence display technology of Guangfeng Optoelectronics which complies to the International Telecommunications Union Rec.709 standard, in terms of emitting light. Talking about audio, there are dual stereo speakers with Dolby Virtual Surround that ensure an immersive audio experience. The operating system is the same as previous versions though, running MIUI TV that comes in Xiaomi’s TVs.