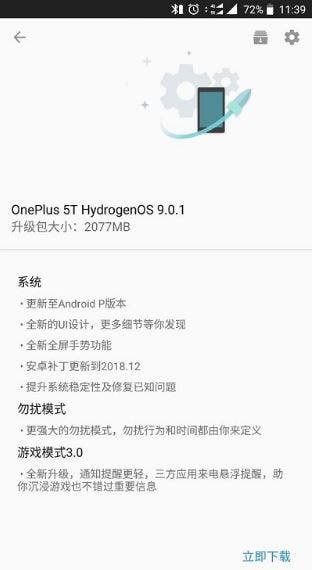 The version number is HydrogenOS 9.0.1 and it weighs a little above 2GB. This is quite massive but it is a major uppdate and its expected. This report is coming out of China and there is no information on devices outside China. However, its evident that it wont be long before global versions starts receiving this update. Below are a couple of improvements in the changelog

Do not disturb mode

Next Nokia returns to the US, inks agreement with Verizon and Cricket Wireless