NOA will present its new series of smartphones, called the F series, at this year’s Mobile World Congress in Barcelona. One of the most notable models in this series is the NOA F20 Pro with its bezel-less screen and AI technology implementation. The selector of the Croatian football representation, Zlatko Dalić, will arrive in Barcelona to the official unveiling of new NOA models.

The biggest innovation on the NOA F20 Pro smartphone is the In-Display Fingerprint function, with the fingerprint sensor placed in the AMOLED screen. Another new feature is the sliding mechanism of the front „selfie“ camera, which slides out from the case, and returns to it after usage. Thanks to this innovative solution, the 19,5:9 screen has exceedingly thin edges (Bezel-Less solution). 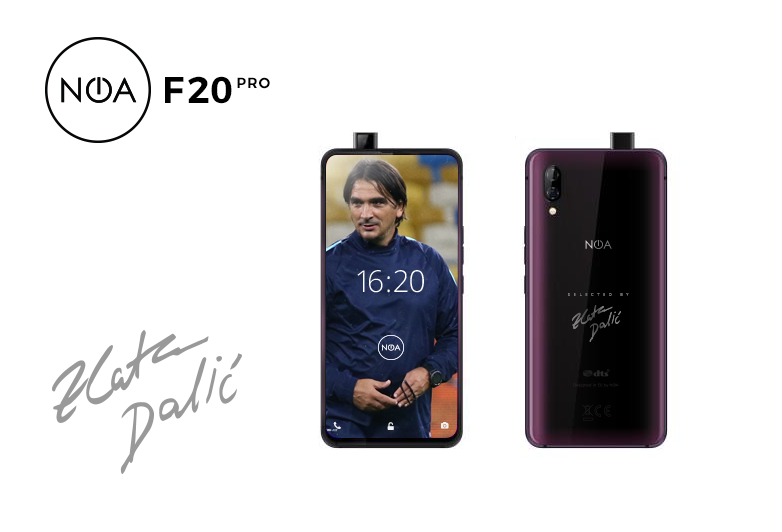 As it was announced, the new F series of NOA smartphones, along with the F20 Pro device will have implemented AI technology. The capabilities of the artificial intelligence are most apparent in the camera since a wide variety of functionalities helps users to choose the best camera settings and an optimal way of taking pictures. This feature enables users to create fantastic photographs.

NOA F20 Pro will have an 8 MP front camera, and a double 16+5 MP back camera, which comes with a Sony IMX499 sensor. The camera will support several new features, with the AI camera modes being the most useful, helping to improve photographing in every condition. The AI feature will have 10 different photo taking modes: Portrait, Urban, Night, Gourmet, Blue Sky, Sunset, Landscape, Backlights, Beach, and Plant.

By using the HD camera mode, along with the previously presented oversampling technology, F20 Pro will be able to take photos up to 96 MP. 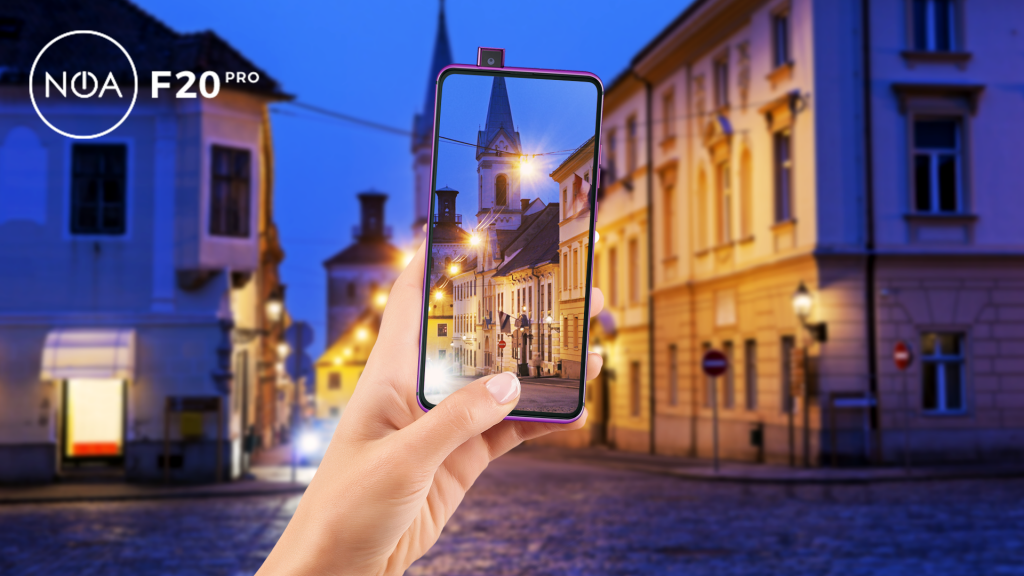 NOA F20 Pro is based on the strongest 8 core MediaTek Helio P70 processor, ticking on a 2,1 GHz frequency, and sporting a 6.39” screen. The AMOLED screen resolution, featuring FHD+ technology, is 2340×1080 pixels.

F20 Pro will have 8 GB of RAM and 128 GB of data storage, expandable up to 256 GB with the help of an extra memory card. The built-in battery has a capacity of 3.500 mAh and supports wireless fast charging.

It is based on the Android 0.9 OS (Pie), with other built-in technologies and functions such as DTS sound, In-Display Fingerprint sensor, Face ID, and a Bokeh photo effect. The device will be available in black and purple, with a price range around 350 Euro.

The silver laureate selector of the Croatian football representation, Mr. Zlatko Dalić, will be at the NOA stand for the first two days of the show – Monday and Tuesday (25th and 26th of February). The selector will be drawing the winners of the NOA prize game and will be giving out football jerseys of the Croatian football team. Dalić has enlisted the NOA F20 Pro as the main striker for the NOA team.

The special guest at the NOA stand will be, for the third time in a row, Mr. Ante Tomić, BC Barcelona player and the NOA brand promoter, and will also draw the prize game winners.

Previous Huawei sends out invites for MWC19, points at a foldable phone