The upcoming Galaxy S10 has been the star of leaks and rumors for the past few months, and it doesn’t appear to be slowing down at this moment. A whole lot about the device including specs and launch date have already been revealed, but one important aspect has been lacking – the Galaxy S10 launches on Feb. 20, but when it will be open for pre-order and at what time it will ship/ hit the shelves remain a mystery.

That has changed today, as a new report from the web appears to have shielded light on the subject. While many would expect the device to go on pre-order/sales a few days after its debut, the report claims that not even days will go by before pre-orders for the keenly awaited Galaxy S10 goes on sale.

Precisely, a teaser poster from Samsung Indonesia has  “February 21” as the Galaxy S10 unpacked date, while it further hints that the device will be up for pre-orders on  “February 22”. Do note that the  “February 21” unpack date and  “February 22” pre-order date corresponds to Feb 20 and February 21 in the Western World where the unveiling is taking place.

Samsung Indonesia has already launched a dedicated site with a count down to the deal date. The event will be streamed live on the same site. 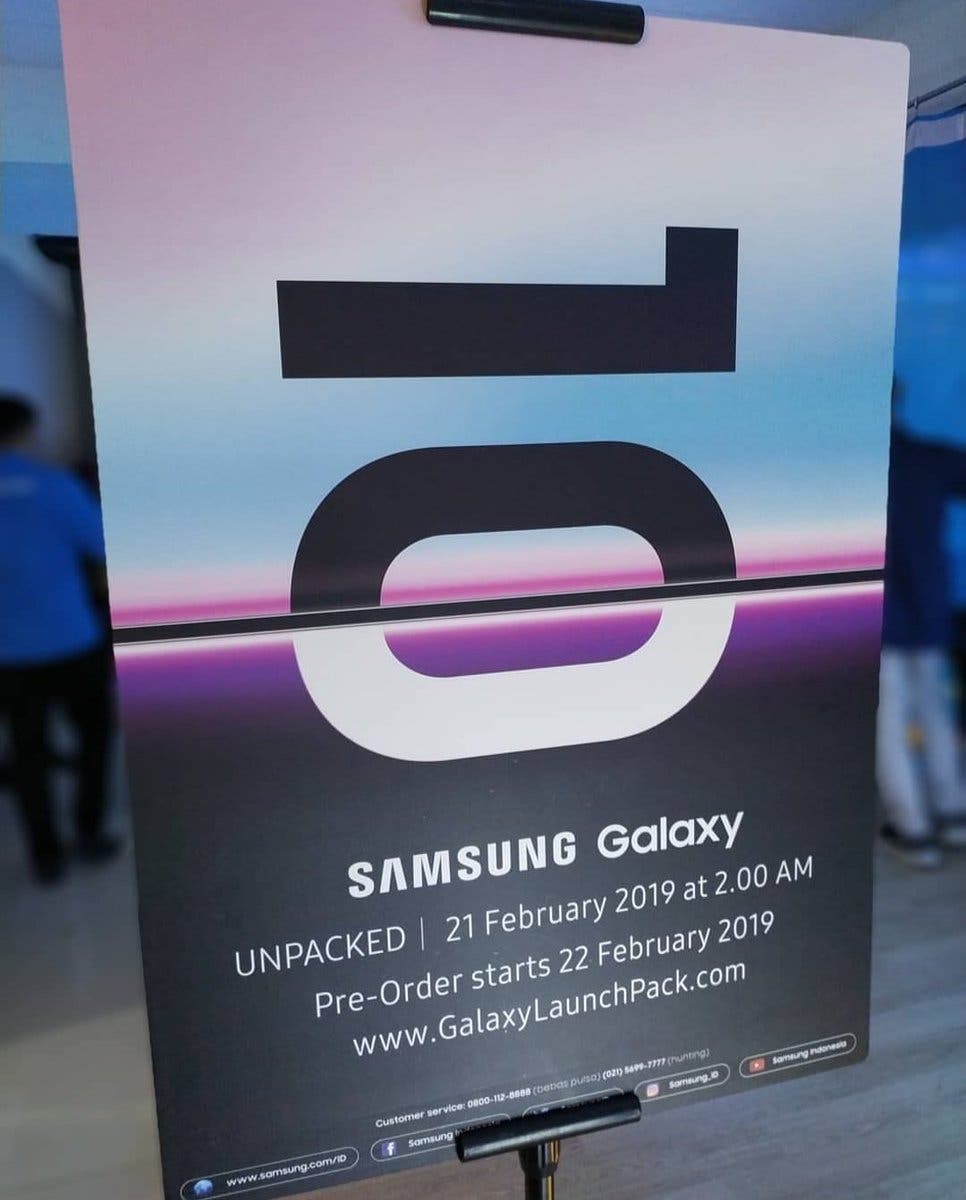 The Galaxy S10 will reportedly go on sale from March 8, though we are not sure of the specific pricing, there are rumors those in the UK will have to spend up to €780 for the base model or twice as much for the fully-loaded model.