Even though indications emerged last week that VIVO could be releasing a new smartphone with a NEX-like periscope selfie shooter soon, we haven’t really been treated with any major leaks showcasing the device, but all that changes now, as we now have leaked renders that give us a glimpse of what the device might bring to the table design-wise.

First spotted by Mysmartprice, the render is largely in line with the strange OPPO phone render that surfaced a week ago, which gives us the impression that the previous renders is that of the OPPO F11 pro. The present render pretty much bears the OPPO F11 Pro branding, and from what we can see below, the device shares some design elements with the upcoming VIVO V15 pro, but while the V15 will have its camera shifted to the left, OPPO’s rear camera and of course the pop up selfie cameras are centrally placed. 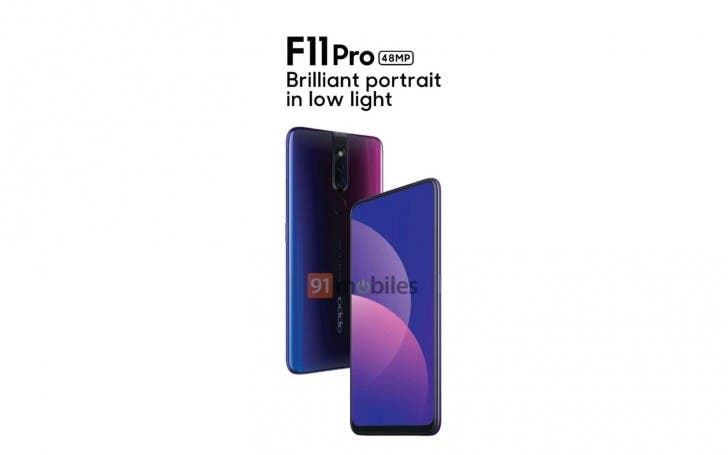 The render further reveals that the F11 Pro will come fitted with a 48MP primary CMOS image sensor in the dual camera setup, while the selfie shooter will be just 32 MP.

As is usually the case, we advise you take these renders with a pinch of salt as they don’t appear to be official renders

Next Xiaomi Mi 9 may come with a "strong" selfie camera