Chinese manufacturing giant, Huawei, is one of the leaders of 5G technology. Its equipment has good quality and will be relatively cheaper than its competitors. However, due to its numerous troubles where it has been targeted or even banned by a few Western countries (including the United States, New Zealand, Australia, etc.), its 5G equipment will probably not be available worldwide. Samsung is now seeking to take advantage of Huawei’s trouble. The company has stated that it will invest $22 billion in the next three years to further open up the 5G equipment market and increase its share. It is using Huawei and ZTE’s haze period to break through. 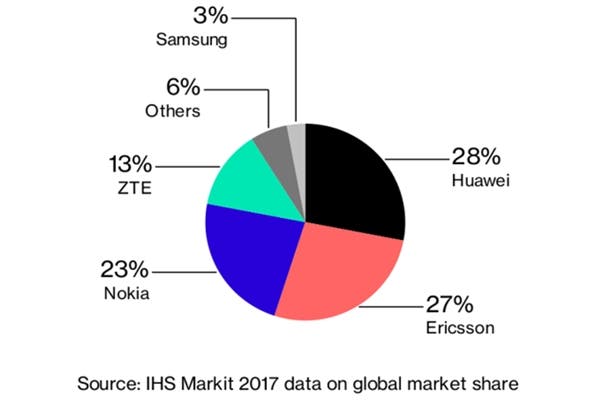 Of course, Samsung needs to do a lot of work in hardware technology, price, marketing, service, etc. After all, apart from Huawei and ZTE, there are other companies like Ericsson and Nokia which are up to the competition. According to IHS Markit global market share statistical analysis for 2017, Huawei’s market share is about 28%, followed by Ericsson’s 27%, Nokia has about 23%, and ZTE’s got 13 %. Samsung has only about 3%.

It is reported that some large operators outside South Korea (such as Orange) have expressed interest in Samsung’s 5G products. In all, Huawei is not worried about the competition that Samsung poses. Huawei founder and CEO Ren Zhengfei said that Huawei’s 5G and microwave are the strongest in the world and he believes that the best will dominate the market.

Next Vivo's new sub-brand iQOO to make an announcement tomorrow