In the last few months, Google Assistant has seen a decisive increase in the number of actions it is able to carry out, reaching over 4,250 in the United States.

The solution developed by the Mountain View giant, however, is still very far from that of Amazon : at the end of 2018, in fact, Alexa could already boast over 56,750 Skills .

Despite the huge gap in the amount of actions available, there is an interesting detail in favor of Google Assistant: the latter system, in fact, has been able to register more growth than Alexa.

Moreover, according to a research, the enormous quantity of actions available in some cases turns into a sort of problem for users, who often find themselves in confusion due to the presence of duplicate commands.

Google took a little more time than Amazon to open its ecosystem to developers, giving its rival an immediate advantage that the latter used to gain a dominant position in the market.

Now, however, Google Assistant seems mature to “respond” and has all the credentials to win partners and third-party developers, necessary to allow the mountain view giant’s ecosystem to be able to “break through”. 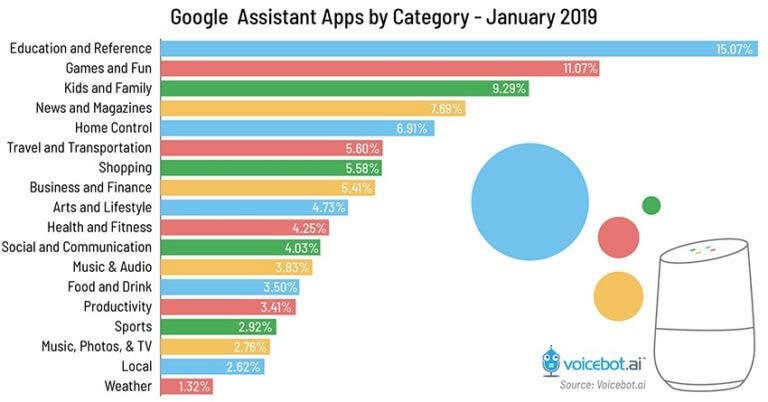