The Galaxy Fold as noted during the presentation is both a smartphone, tablet, and camera,” and certainly looks seamless when transforming between from the smartphone to tablet mode. As expected, the device looks bulky, but compact when folded, but obviously looks like a piece of slate when infolded in the tablet mode. And talking of the tab mode, the Galaxy Fold has a smart multi-tasking feature which allows you run up to three apps on a single screen device as well as an App Continuity feature, which seamlessly transitions apps from the smaller display to the larger display and vice versa. 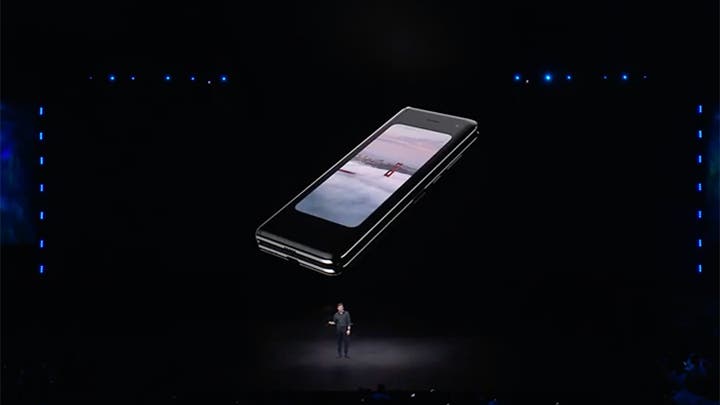 The Galaxy Fold when folded is a compact device with a 4.6” display which looks compact enough when held with a single hand, but that transforms to a 7.3” display in its expanded tablet form thanks to its infinity-flex display held together by a complex hinge system that gives it a “seamless, and elegant look.” 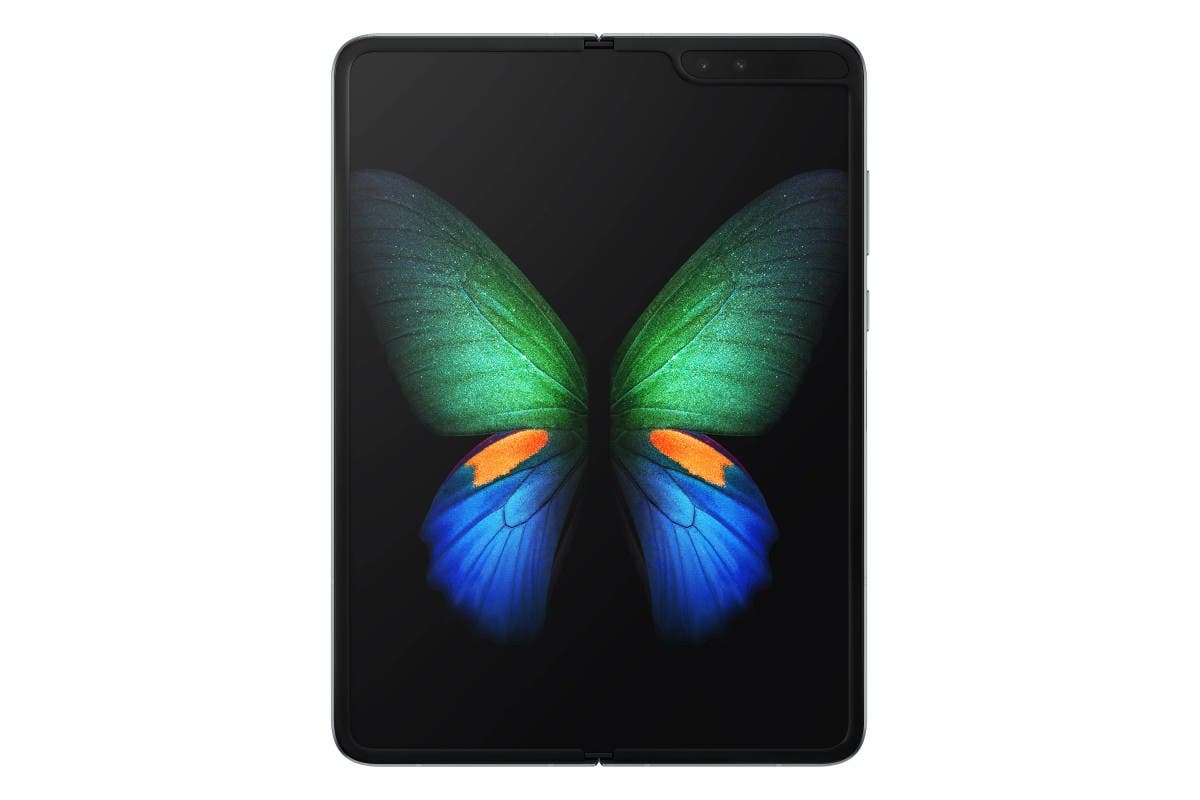 Samsung has also created the fold to meet all your photographic need, all thanks to its multiple camera systems that becomes handy in both tablet and phone modes. At the rear (tab and phone modes), the Galaxy Fold gets a triple-camera system comprising of a 16-megapixel ultrawide camera, a 12-megapixel wide-angle and telephoto cameras. And on the inside, there are two camera sensors for selfies, while a single selfie sensor sits above the compact/folded display.

Before it slips under the radar, the Galaxy Fold comes fitted with not one, but two batteries – one on each side, but energy from both sides combine to give a total 4,380mah in capacity. Under the hood, the Galaxy Fold model destined for North America, Latin America, Hong Kong, China, and Japan will get Qualcomm’s Snapdragon 855 coupled with 12GB RAM and 512GB storage, while other regions will get the variant with Samsung’s Exynos 9820. Both versions will boot Samsung’s One UI  atop Android Pie

The Fold is available in Cosmos Black, Space Silver, Martian Green, and Astro Blue with a customizable hinge color, and will hit the shelves later on April 26 in LTE and 5G versions beginning at $1,980.

Next Top 7 reasons to buy the rugged Ulefone Armor 6