iQOO is the new sub-brand of Chinese manufacturer, vivo, which was unveiled a couple of weeks ago. This brand is already set to unveil its first smartphone and it will be a flagship device. This morning, the company announced new details about the upcoming smartphone. In the released poster, the upcoming iQOO Snapdragon 855 flagship smartphone comes with a glass rear with a dazzling aurora appearance. 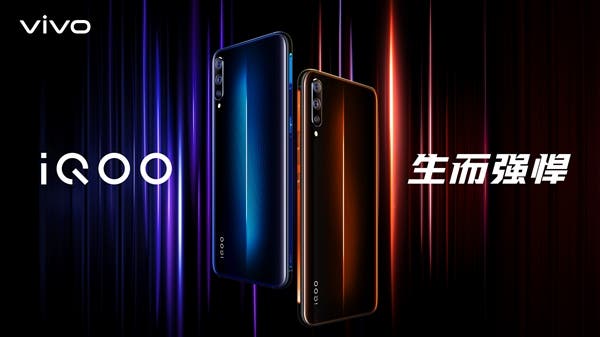 From what we know so far, this smartphone will be equipped with the Qualcomm Snapdragon 855 flagship platform, which is built on the 7nm process technology. It adopts a new three-cluster eight-core architecture –  1 × 2.84GHz super large core + 3 × 2.42GHz large core + 4 × 1.8GHz small core. Its GPU is Adreno 640 and on AnTuTu, it scores up to 380,000. On the rear, we can see that the triple camera setup is aligned vertically to the left with the flash underneath them. On the bottom-left of the rear, we have the inscription “iQOO”.

In addition, iQOO new smartphone comes with up to 12GB of RAM and 256GB of internal storage,. It has a battery capacity of 4000 mAh. This is the first SD855 smartphone that will be coming with up to 4000 mAh battery.

Next 4G and 5G Vulnerability: Caller's location can be tracked