Chinese manufacturer, Meizu, is getting set to release the Meizu Note 9 on March 6th. After the recent TENAA listing of this smartphone, the details of the Meizu Note 9 is pretty clear. It comes with a 6.2-inch waterdrop screen and also has a dual rear camera system one of which is a 48MP sensor, rear fingerprint sensor, SD675 and its appearance is just like the recently released Redmi Note 7 Pro. However, it now appears that we may have a lite version or youth edition of the Meizu Note 9. 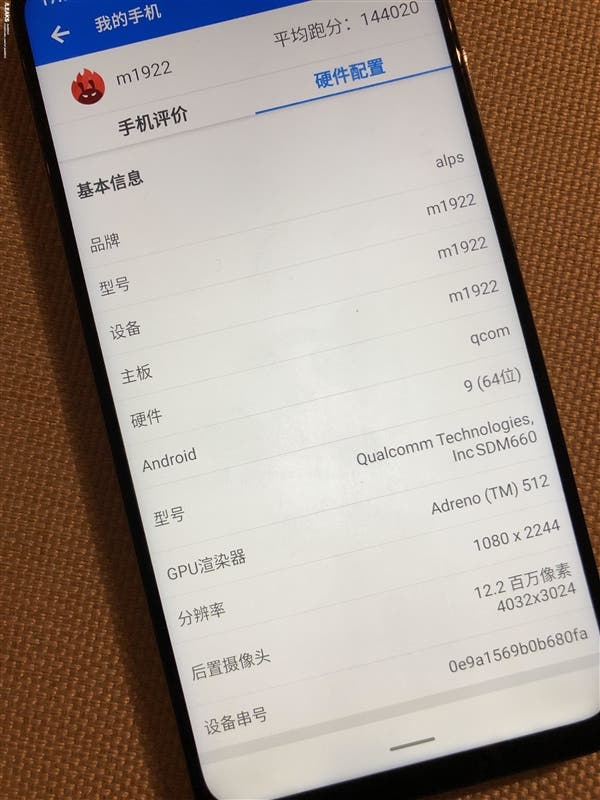 A recent leak shows that Meizu may be preparing a Lite version of the Meizu Note 9 which will be powered by a Snapdragon 660 SoC. Could this device be the Meizu Note 9 Lite or Meizu Note 9 Youth Edition? These are questions that do not have an answer for now. On AnTuTU, this new Meizu smartphone which is designated M1922 has a running score of 144,000. The camera is 12.2MP and it uses an Adreno 512 GPU. Whatever this smartphone is called, it appears that it is positioned to be at par with the Redmi Note 7 but it is yet to be seen if this device can cost 999 Yuan ($148) (starting price of the Redmi Note 7) or lower.

Previous Realme 3 Pro teased, could come alongside the Realme 3

Next Huawei's CEO spotted with the Huawei P30 Pro