Nokia 9 PureView has been announced at MWC2019 conference and the landing page of this smartphone is now available on Nokia official website. In some areas, it is open for pre-sale. Today, the Nokia 9 PureView’s pre-order page appeared in Russia and mainland China. While the Russian page has a 49,990₽ ($758) price tag, the Chinese page has no price tag and it is on “ARRIVAL NOTICE”. 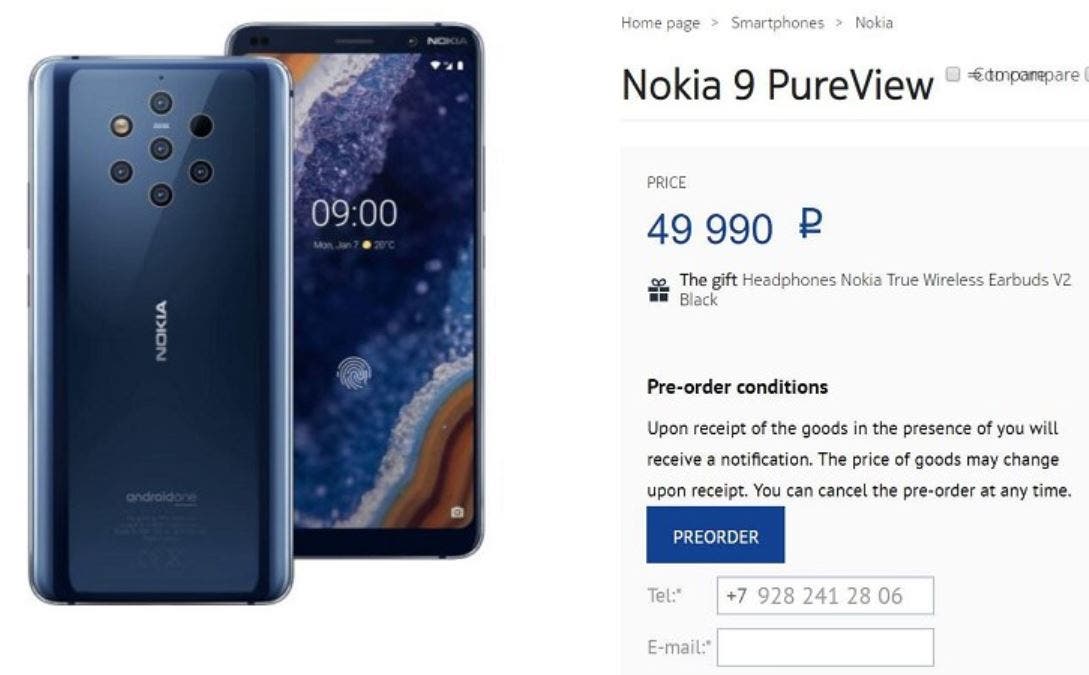 Similar to other European countries, in Nokia’s Russia official website, the official will also send Nokia true wireless headsets for free when customer purchase the Nokia 9 PureView. This wired headset is valued at $149. 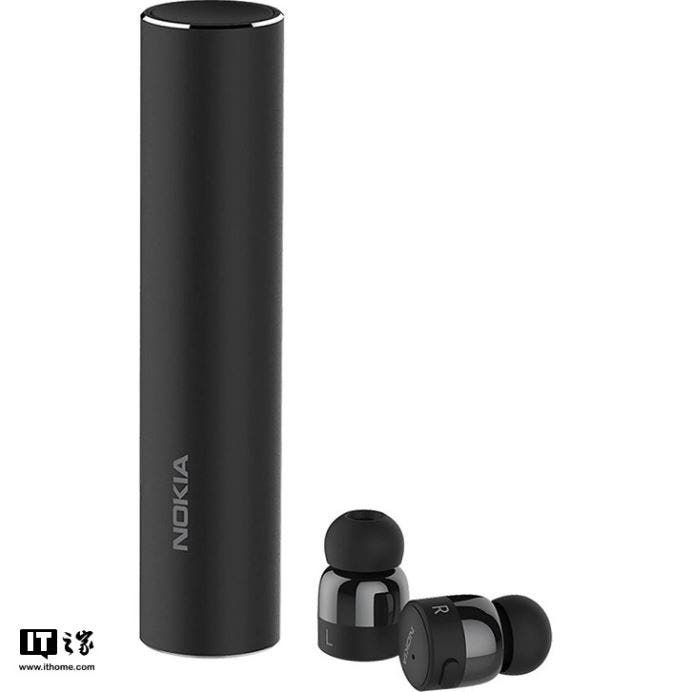 As the world’s first smartphone with five rear-mounted cameras, the Nokia 9 PureView has received a lot of attention. The rear lens of the machine has no bumps and the camera is controlled by a dedicated ASIC chip which can provide secondary focus and ultra-high dynamic range. The five camera’s five work together to capture light and collect depth data to create a powerful photo. The camera has a dynamic range of up to 12.4 files and 12MP depth. 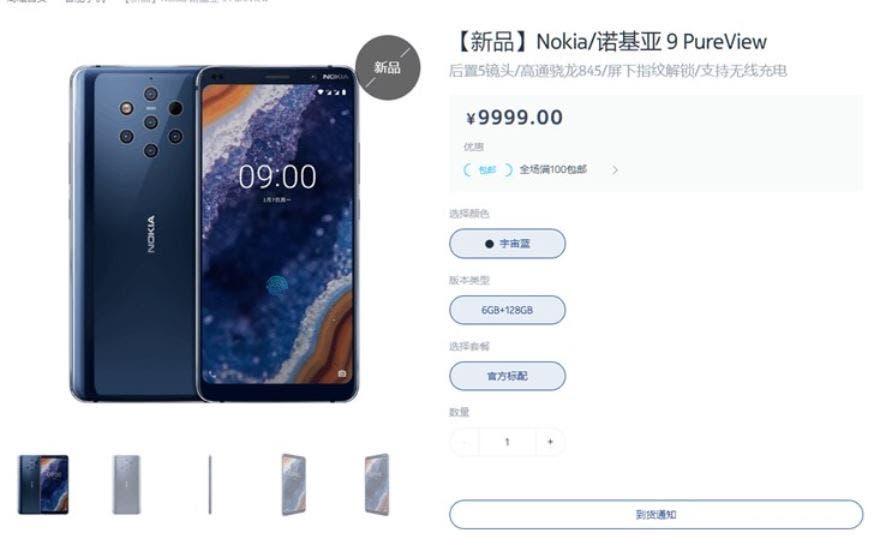 In other respects, the Nokia 9 PureView is powered by a Qualcomm Snapdragon 845 processor coupled with 6GB of RAM and 128GB of internal storage. This flagship smartphone uses a 5.9-inch 2K screen without a notch and supports HDR10.

Previous Does the Samsung Galaxy S10 fingerprint reader resist scratches on the screen?