According to a new IDC report, Apple was still leading the wearable devices market in 2018. The Cupertino colossus in fact has shipped 46.2 million wearables in the course of 2018 compared to 172.2 million devices shipped globally.

Wearable devices are a healthy market, as confirmed by the growth recorded last year: +31.4% of shipments in the fourth quarter (with 59.3 million units shipped).

Smart watches have grown by 54.3% in 2018 and represent 29.8% of all wearables. In addition, IDC noted it recently revised its “ear-worn” category of wearables to include wireless headphones that allow users to call upon a smart assistant through either a touch of a button or hot-word detection. That means devices like Apple’s AirPods, Google’s Pixel Buds, Bose’s QC35II and others are now being counted among the wearables category.

Much of the growth in this market was also attributed to the increasing number of these sorts of ear-worn devices, like Apple AirPods. 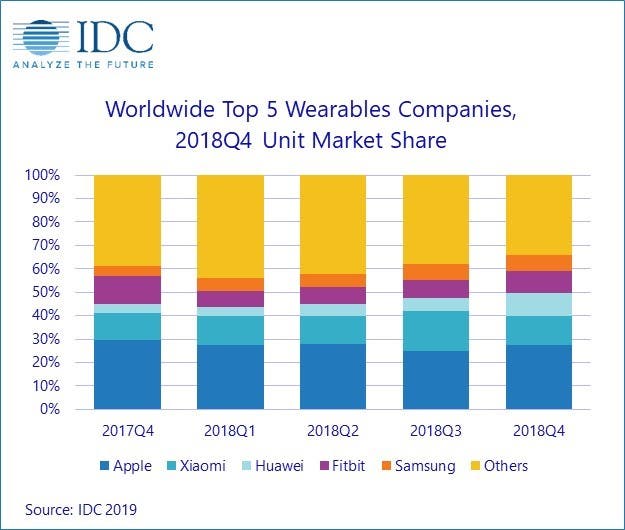