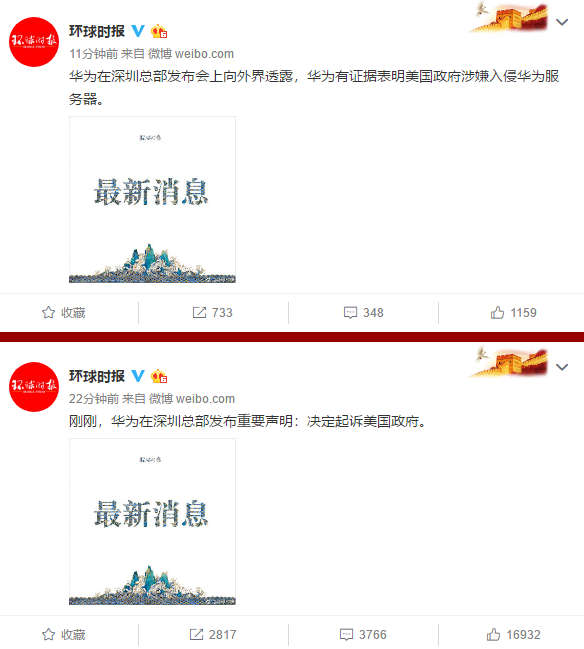 Guo Ping, Huawei’s rotating chairman said in his speech that Huawei has filed a lawsuit against the US government to challenge the compliance of Article 889 of the National Defense Authorization Act of 2019 (“NDAA”) with the Constitution. Huawei hopes that the court will find out that the restrictions on Huawei in the NDAA were unconstitutional and a permanent injunction prohibiting the implementation of the restriction will be issued.

Guo Ping also said that the US government has been smearing Huawei as a threat, attacking its servers, stealing its mail and source code, and never provides any evidence to support its allegations that Huawei poses a cybersecurity threat.

Moreover, the United States is striving to smash Huawei and influence public opinion. To make matters worse, the US government is trying to prevent Huawei from participating in the construction of 5G networks in other countries. Guo Ping emphasized that taking “legal action is the last choice we have to make…we hope that the court can make the right decision that is good for both Huawei and the American people”.

Previous VIVO X27 to launch in China on March 19