Recently some early users of the Samsung Galaxy S10+ reported issues of “screen pixel flickering” and they suspected that the display may have developed a fault. This report escalated quickly and it has been reported on multiple platforms. However, Samsung official said that the “flashing white light” on the screen of the mobile phone is sent by the distance sensor of the phone, and there is no problem with the screen of the mobile phone. 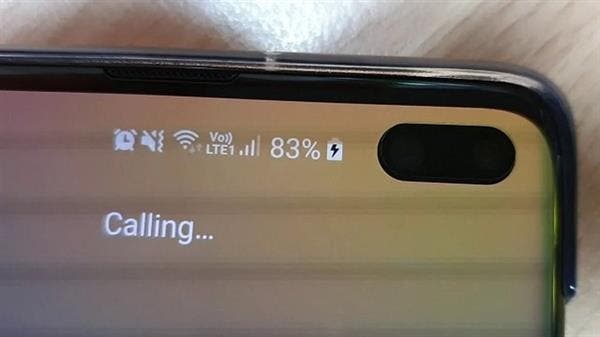 In order to improve the screen ratio of the Galaxy S10+, Samsung used the Infinity-O punch screen to hide the front camera components and of course, there is no notch. Therefore, the Galaxy S10 series smartphones use the off-screen distance sensor technology. This screen flickering pixel only occasionally occurs during calls. Samsung said that the occasional flickering of the screen during calls is captured in the user manual, but the user may not read the user manual carefully thus they can easily mistake this occurrence as a problem with the display. This will not be the first time that Samsung is using the distance sensor in its devices, Samsung watches are known to come with distance sensors.

Previous KUGOO S1 electric scooter available only for $329.99 with our coupon

Next TSMC's revenue drops for the second consecutive month