On Friday, the popular research analysts at Counterpoint gave their verdict about the market of wireless earbuds. According to the report, “The global market for true wireless wearables is estimated to reach a volume of 129 million units by 2020.” This estimative was made with base in research made by the company. 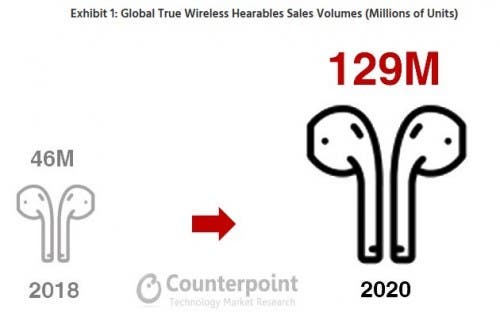 Counterpoint believes that the expected growth will come in anticipation of the new generation of Apple’s AirPods that are due to be announced sometime soon and would be aggressively marketed by the Cupertino company in order to compensate the decline in iPhone sales. The research firm also estimates that Apple Airport sales will hit somewhere around 35 million units, thus taking approximately 75% of the total market share for wireless earbuds.

The research firm also believes that other companies such as Samsung, Bose, Huawei, Jabra, and LG will push forward the market of these “hearables” and even Google, Amazon, and even Plantronics will join in this bandwagon very soon with their own wire-free offerings. The company’s Research Director, Peter Richardson, made a statement about the upcoming bright of the Wireless earphones market:

“2019 will be the year that hearables evolve into an important market, […] evolving digital habits are expected to propel the demand for hearables across the world as well. The global market for true wireless hearables is expected to reach US$27 billion in terms of value by 2021.” 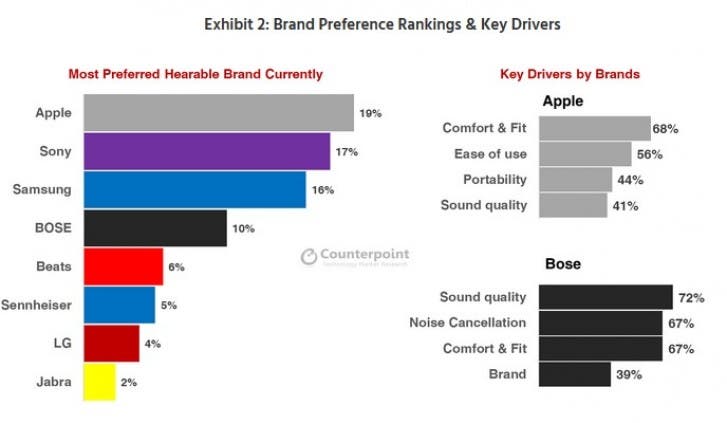 The market of wireless earbuds will also be driven by the establishment of AI-driven smart assistants. Furthermore, other features such as hands-free directions, real-time translation, and health tracking are other important factors to add some strength in this market segment.

Apart from the companies that are launching their own wire-free earbuds, the lithium-ion battery producers will be greatly benefited from this growing industry. Component makers behind the manufacture of microphones, sensors, chips, and producers of small sound driver components, will also get their respective slice of this pie. 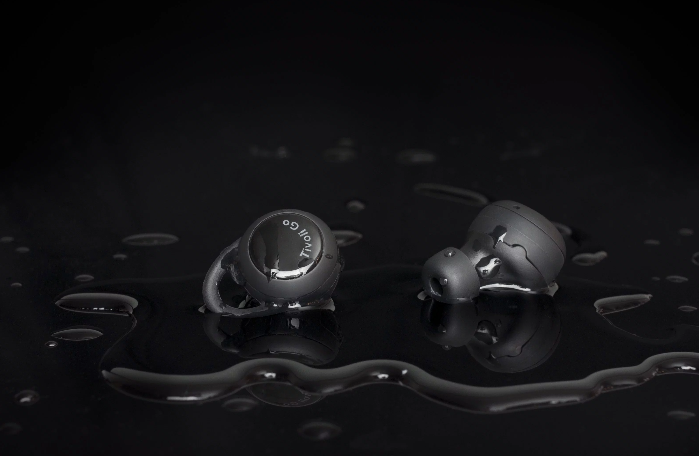 Another important factor that will push this market forward, is the forced death of 3.5mm audio jack. Despite user’s claims, the analog connector is slowly disappearing from smartphones. Even though, big companies such as Samsung (that despite the release of Galaxy Buds, kept the legacy audio jack in the recently released Galaxy S10 series) are still showing that there’s no reason to kill the port, just for promoting the new technology.