Ever since the launch of the Galaxy Fold, Nobody has been able to see the device in real life. At launch its demo devices were put inside glass cases and reviewers or media people were not allowed to touch it. For the first time we have a Galaxy Fold Leaked video that shows the device in the wild functioning and being used.

The bad news here is that it that the screen may have a very visible crease while being used. This was something that never left our minds while thinking about foldable smartphones. How long are they durable and is the crease obvious. The official videos released by Samsung show us a flaw-less display where the two halves are not apparent. But the new Galaxy Fold leaked video shows that this is not really true.

From the looks of it the video seems to be showing a real Samsung Galaxy Fold. The user is shown switching  on the device and using it in both the folded and unfolded modes. It is when its unfolded that the large crease is seen at the middle of the screen. From just the video we cannot be sure if this a prototype or a retail device. 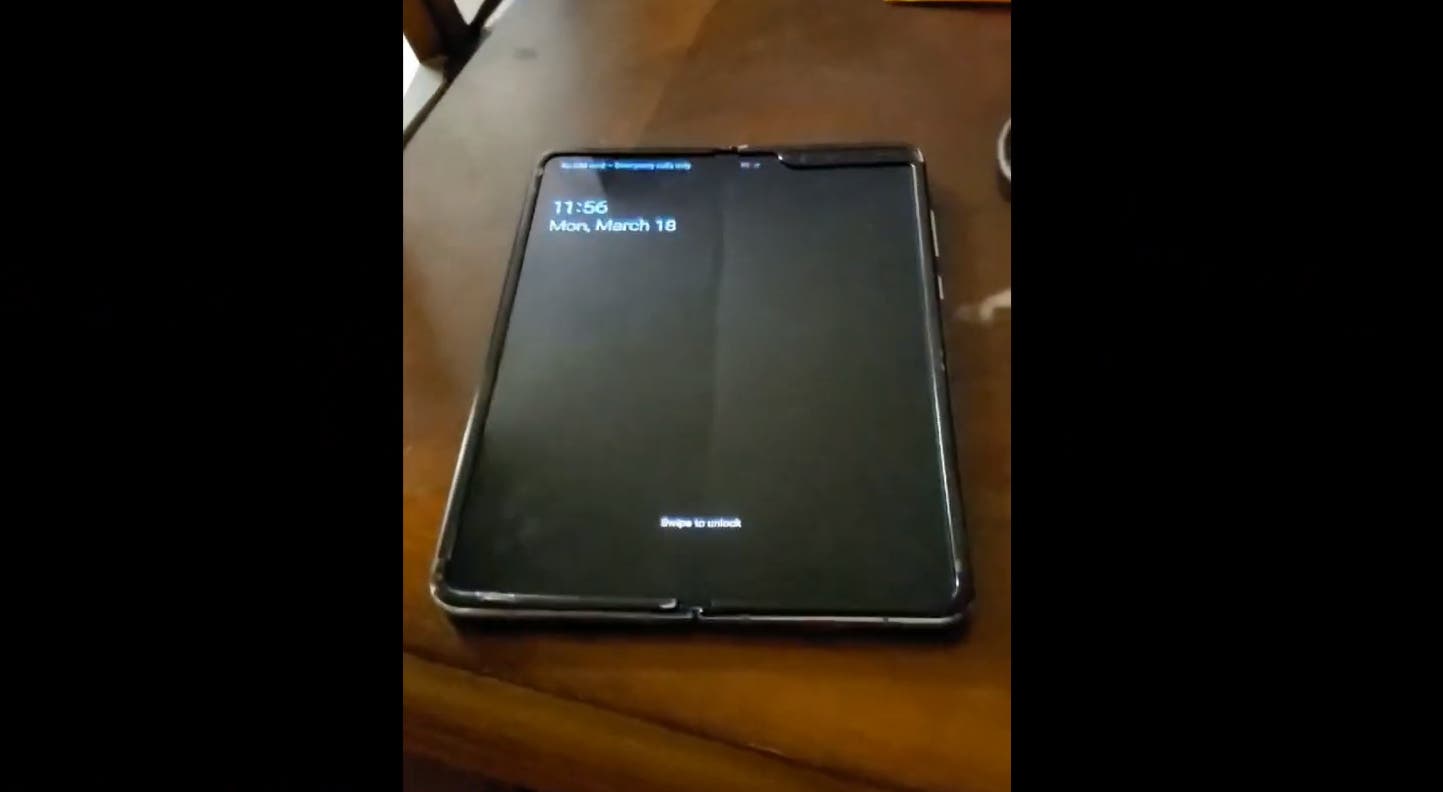 This is only the beginning of the foldable smartphone era and a crease is actually OK as the technology is still in a nascent stage. We hope that the device shown in the video is either a prototype or one that is damaged. Because nobody is going to be happy to pay 2000$ for a foldable smartphone that will permanently have a crease in the center of the display.

Media persons who visited the Samsung event said the devices were placed in glass containers and lighting was very specifically targeted. Could this be a known issue? Samsung is maybe in the process of fixing it. why else would they try so hard to keep it out of peoples hands?

The whole issue kept aside, the video shows the device performing well and adapting well in both the modes of operation. Only after launc can we know for sure if the foldable smartphone era will have a crease or will be crease-less. Crease-gate maybe?